Home > What we do > The Story > Discards 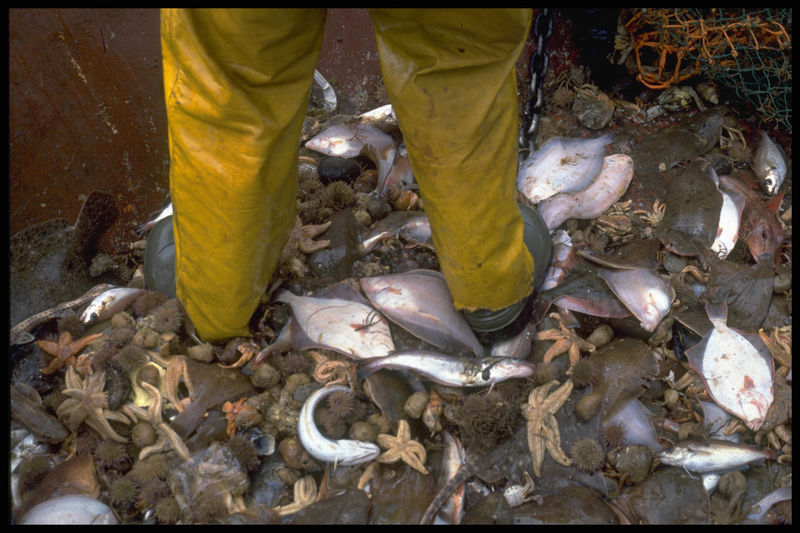 Some forms of fishing are indiscriminate and highly wasteful, resulting in the waste of tens of millions of fish in European waters every year. Estimates from 2011, put the waste of unwanted fish and marine life in EU fisheries at 1.7 million tonnes each year! (1) Large numbers of juvenile fish are killed before they have had time to breed, and low-value or unwanted fish (many of which are also vulnerable species) are thrown back dead or dying.

The discard ban (Landing Obligation) was introduced, as part of the reformed CFP in 2013 to stop this unnecessary waste of fish and stimulate the use of more selective fishing methods. This new law requires almost all catches (for fish with catch limits or those in the Mediterranean with minimum reference sizes), to be fully documented and counted against quotas, then landed at shore. The ban is being phased in between 2015-2019.

However, reports suggest discarding is still continuing, selectivity is not being significantly improved, catch data is becoming less reliable, and governments are failing to increase at-sea monitoring to ensure the new laws are respected (2).

The promise to end overfishing is not only slipping through our fingers; the situation may be worsening.