Home > publications > Thrown Away: How Illegal Discarding in the Baltic Sea is Failing EU Fisheries and Citizens 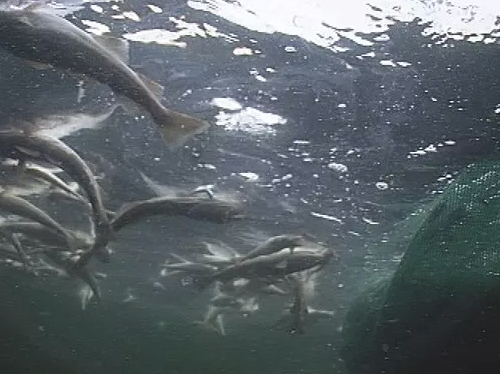 This blatant waste of natural resources, at a time when there is growing awareness of their finite supply, has sparked public outcry. During the reform of the Common Fisheries Policy, between 2010 and 2013, over 870,000 people took action – signing petitions, emailing politicians, using social media and participating in public events, calling for an end to discarding fish in European waters (Fish Fight, 2014).

Following the reform, the EU’s Landing Obligation (LO) was introduced in 2013, to eliminate discards and drive change in fishing practices – avoid catching unwanted and non-valuable fish, incentivise improvements in selectivity, count everything that is caught, and promote ecosystem-based management (European Union, 2013). All catches of all species that have a Total Allowable Catch (TAC), and Mediterranean species that have a minimum landing size, caught in European waters or by European fishing vessels, now have to be landed and counted against quota. The LO is being phased in by species and fisheries – starting with pelagic fisheries and Baltic Sea fisheries in 2015, and intended to be in place in all EU waters by 2019.