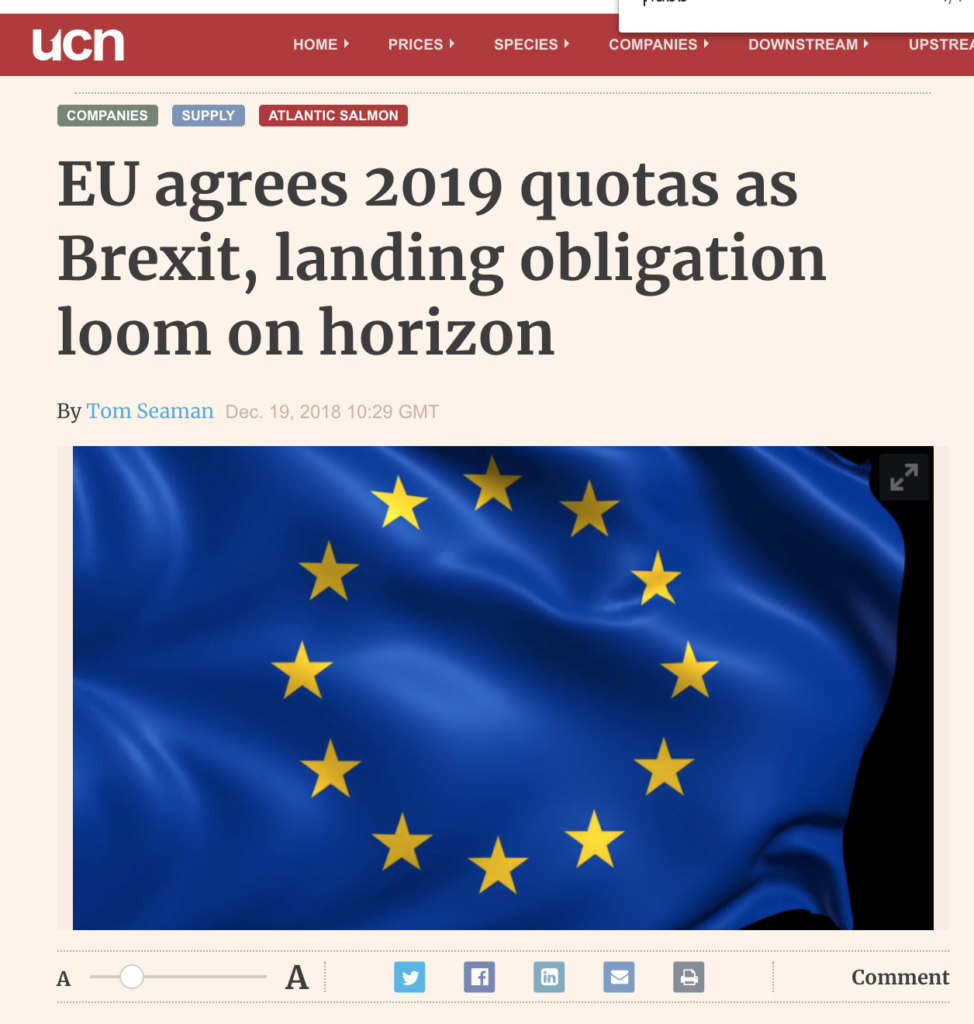 “This should have been the year in which fishing quotas finally followed scientific advice, and EU fisheries ministers made history by ending overfishing in EU waters. Instead, we saw another absurd all-night meeting behind closed doors, where ministers haggled over fishing quotas like kids trading football cards. By choosing to set fishing limits above scientific advice for many stocks, they have ignored European citizens and all of the evidence that shows ending overfishing will deliver healthy fish stocks, more jobs and security for coastal communities”, said Rebecca Hubbard, program director for Our Fish.

“Along with global biodiversity loss and climate change, overfishing is having a devastating effect on the ocean. EU fisheries ministers could have simply and immediately alleviated that threat by following scientific advice, yet they keep trying to negotiate the limits of nature. It’s time they faced reality, by acknowledging the destruction decades of overfishing has caused, and act on the responsibility invested in them by European citizens, who expected them to deliver a historic end to EU overfishing,” she said.