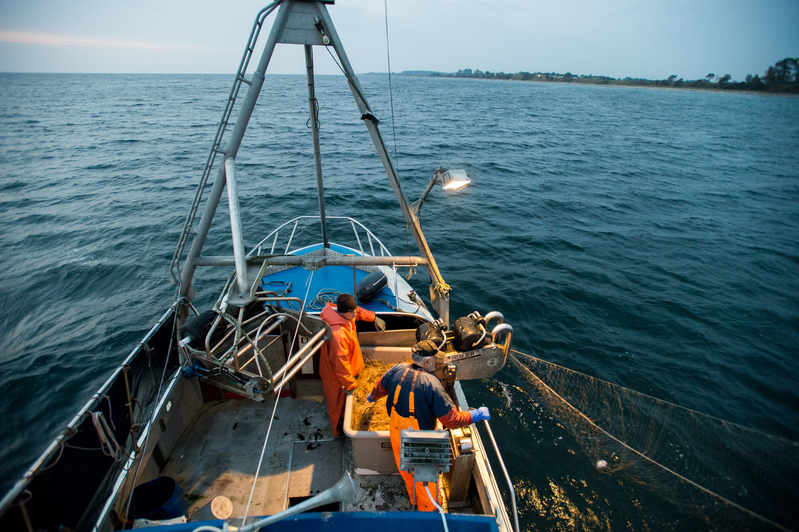 The Baltic Sea is one of the world’s largest bodies of brackish water, connected by the narrow Danish Straits to the North Sea. These mixed salt and fresh waters, and the restricted exchange with ocean waters, create a unique and finely-balanced marine ecosystem, with fish playing a critical role. Combined with runoff from agricultural, industrial and urban lands in the nine countries bordering the Baltic Sea, fishing is one of the most intense pressures on Baltic Sea marine life – making it one of the most threatened marine ecosystems on the planet.

Baltic fisheries – particularly the iconic cod stocks – are in serious danger. At its peak in 1984, fishers landed more than 440,000 tonnes of Eastern Baltic cod, but today, they bring home less than 40,000 tons a year. Not only are they shrinking in number, but in size – Eastern Baltic cod longer than 45 centimeters have virtually disappeared, and nobody really understands why. Western Baltic cod stocks have also plunged to the brink of collapse – with closures during spawning time, severe cuts to quotas, and calls for an end to bottom trawling to save the fish stocks.

To add insult to injury, even though the landing obligation was phased in to the Baltic Sea in 2015, it is widely acknowledged that there is widespread illegal discarding. EU governments have failed to properly monitor and enforce the discard ban in the Baltic Sea, jeopardising the sustainability of fish stocks and undermining scientific advice, introducing illegal activity into the EU supply chain.

August 2017: How Denmark can make fisheries fair and sustainable