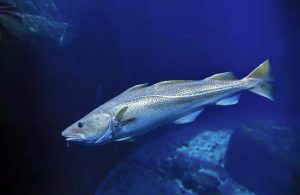 Our Fish Response to EU Commission Ban on Eastern Baltic Cod: Too Little Too Late

Brussels 24 July 2019:-  Our Fish today gave a guarded welcome to the European Commission announcement of “emergency measures to save the ailing eastern Baltic cod stock from impending collapse” by banning, “with immediate effect, commercial fishing for cod in most of the Baltic Sea until 31 December 2019”. Our Fish believes that the ban is too little too late, and criticised both the decision to broadly exempt industrial fishing vessels with Eastern Baltic cod bycatch, and the missed opportunity to introduce obligatory monitoring for these vessels as an incentive to reduce their by-catch [1].

Our Fish believes that while it is proportionate and fair to have an exception for small scale fishermen fishing near the shore, it is problematic that the Commission’s measures include a very broad exception for industrial fishing vessels not directly targeting Eastern Baltic cod, but having a considerable Eastern Baltic cod by-catch – and are allowed to continue their fishing operations without any restriction. Our Fish doubts that securing the future of Eastern Baltic cod populations can be assured in this way – especially as the measure states that  “Incidental by-catches of cod made by those vessels shall not represent more than 10% of total catch live weight of all marine biological resources landed after each fishing trip” – with no control of what is actually taken out of the sea.

The Eastern Baltic cod stock has been deteriorating for many years – the dire situation has been known since ICES provided advice on May 29 2019 [2]. The ICES advice confirmed what has been known among scientists, fisheries managers and stakeholders for quite some time: Eastern Baltic cod stock is in a critical state. In February 2019, NGS had urged Commissioner Karmenu Vella to implement emergency measures in accordance with article 12 of the EU Common Fisheries Policy to protect what little remains of the eastern Baltic cod stock [3]. Immediately following the publication of the ICES advice, NGOs called again for immediate emergency measures. The arrival of such measures almost two months later comes too late in the year, when most of cod fishing has been completed [4].

Article 12 of the EU Common Fisheries Policy allows the Commission to adopt immediately applicable implementing acts applicable for a maximum period of six months measures in case of a serious threat to marine biological resources. https://eur-lex.europa.eu/legal-content/EN/TXT/?uri=celex%3A32013R1380

[4] May 2019: Calls for Emergency Halt to Baltic Fishing https://our.fish/press/calls-for-emergency-halt-to-baltic-fishing/