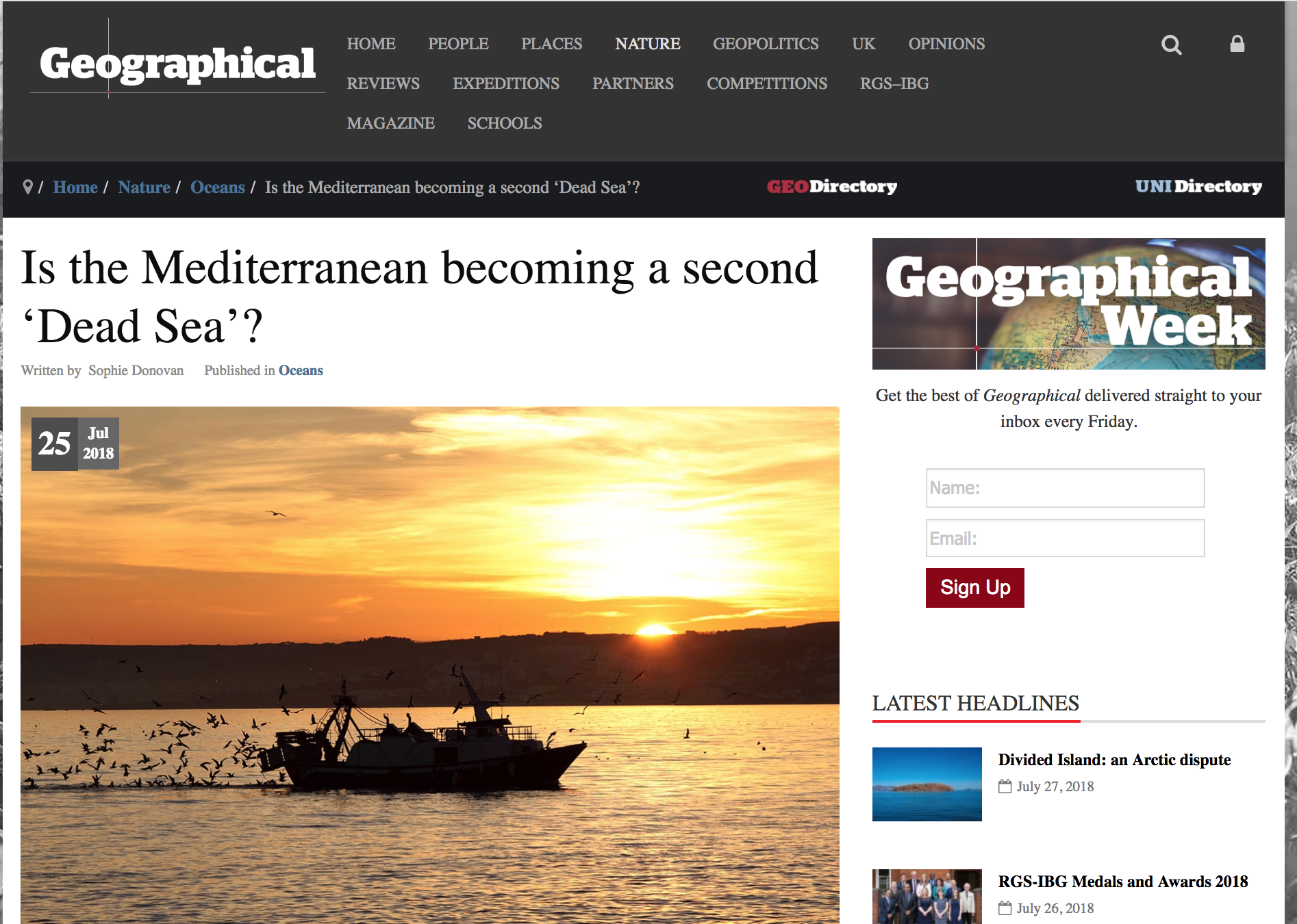 Officially declared the world’s ‘most overfished sea’, the Mediterranean is having a crisis beneath the surface

It states that among the Mediterranean and Black Sea regions showed the highest percentage (62.2 per cent) of unsustainable stocks, closely followed by the Southeast Pacific at 61.5 per cent and the Southwest Atlantic at 58.8 per cent. According to a report from the WWF, in 2017 Mediterranean countries consume some 7.5m tonnes of fish each year, with only 2.75m tonnes of that coming from domestic sources.

However, there are concerns that any tangible action being taken is slow-moving. ‘Talk is cheap,’ commented a spokesman for Our Fish. The advocacy group wants immediate action to ‘rectify fisheries management’, something it feels can’t be achieved simply through debate. Moreover, while it may not be asking the public to actively prevent nets being dropped into the water, it is pushing for the EU to do more to intercept current illegal fishing practises.

There is evidence of successful ocean protection and management programmes being employed across the Atlantic, leading Our Fish, among others, to question why similar methods are not being employed in the Mediterranean. For example, the Commission for the Conservation of Southern Bluefin Tuna (CCSBT) has successfully set global total allowable tuna catch limits for 2015 to 2017 and 2018 to 2020. The aim: a ‘rebuilding target of 20 per cent of the original spawning stock biomass’. These limits apply to all cooperating partners, ranging from the South Korea to South Africa to the EU. Our Fish reports this scheme to be working, noting a 35 per cent increase in such fish stocks when compared with previous annual figures. The hope is that similar results can flow from the Mediterranean.