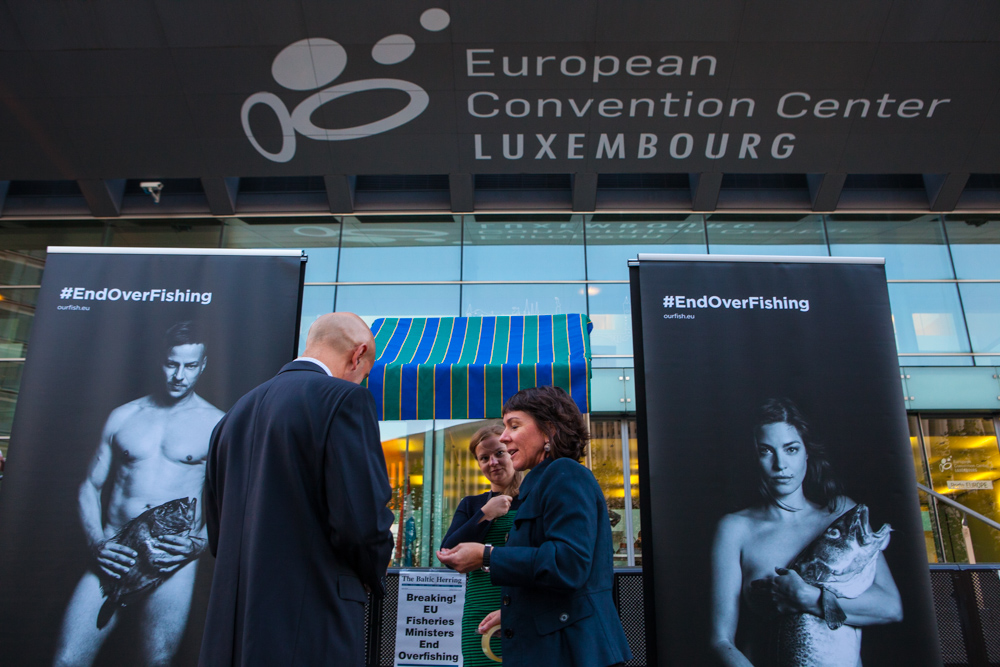 Luxembourg, 15 October 2018:- Campaign group Our Fish has condemned decisions made by EU fisheries ministers to once again set Baltic fishing limits at unsustainable levels, during today’s AGRIFISH meeting in Luxembourg.

“Both the EU Commission and EU fisheries ministers have today failed the citizens, fisheries and coastal communities of the Baltic Sea region, by rubber stamping the continued overfishing of iconic and chronically unhealthy fish stocks”, said Our Fish Programme Director Rebecca Hubbard.

“In response, EU fisheries ministers not only did little to improve on the Commission’s proposal – they have made matters worse, by discarding the best available scientific advice for conservation of Baltic fish stocks. EU citizens are the rightful owners of this public resource, and have resoundingly supported an end to overfishing – something that ministers both ignored and disrespected today”, expounded Hubbard [1].

“The fishing limits set today for Western Baltic cod are clearly intended to exploit as many fish as possible, quickly, and not to rebuild this chronically overfished and fragile stock- despite warnings from scientists.”

“Scientists had recommended zero catch for western herring; while EU ministers cut the limits by 48%, this is still 9,001 tonnes above the scientific (ICES) advice. Yet, ministers are calling this a “win”, claiming that their cut will promote a 4% growth in the fish stock [2].

“Meanwhile, the Commission’s proposal and the final agreed fishing limit agreed for eastern Baltic cod, is so far above scientific advice, it is difficult to understand the point of even setting a limit.”

“Despite strong support from celebrities, scientists and the public for ending overfishing in EU waters, Baltic member states have instead let short-term profits and political interests drive the setting of unsustainable fishing limits for stocks, such as western and eastern Baltic cod, and western herring. This failure of governance will do little to drive the substantial improvements urgently needed to restore these fish stocks and deliver the environmental, social and economic benefits of sustainable, healthy fish stocks by 2020”.

Images: Photographs of this morning’s Our Fish activities in Luxembourg – where Our Fish offered chocolate herring in return for a commitment to end overfishing, can be downloaded from this link.

Notes: Council of the European Union: Baltic Sea: Council decides on how much can be fished in 2019

Earlier today: AGRIFISH: What Will Convince EU Fisheries Ministers To End Baltic Overfishing? “As the annual AGRIFISH meeting opened this morning in Luxembourg, EU Member State delegates were greeted by an Our Fish fishmonger who offered them a chocolate herring, wrapped in a special edition of the satirical Daily Catch newspaper, in return for their commitment to end overfishing of Baltic fish stocks”.

The Our Fish stall was flanked by banners featuring German and Danish celebrities posting for the Fishlove campaign.

Our Fish works to ensure European member states implement the Common Fisheries Policy and achieve sustainable fish stocks in European waters. Our Fish works with organisations and individuals across Europe to deliver a powerful and unwavering message: overfishing must be stopped, and solutions put in place that ensure Europe’s waters are fished sustainably. Our Fish demands that the Common Fisheries Policy be properly enforced, and Europe’s fisheries effectively governed. Our Fish calls on all EU Member States to set annual fishing limits at sustainable limits based on scientific advice, and to ensure that their fishing fleets prove that they are fishing sustainably, through monitoring and full documentation of their catch.