Home > news > Seaspiracy – how can you help save the ocean? 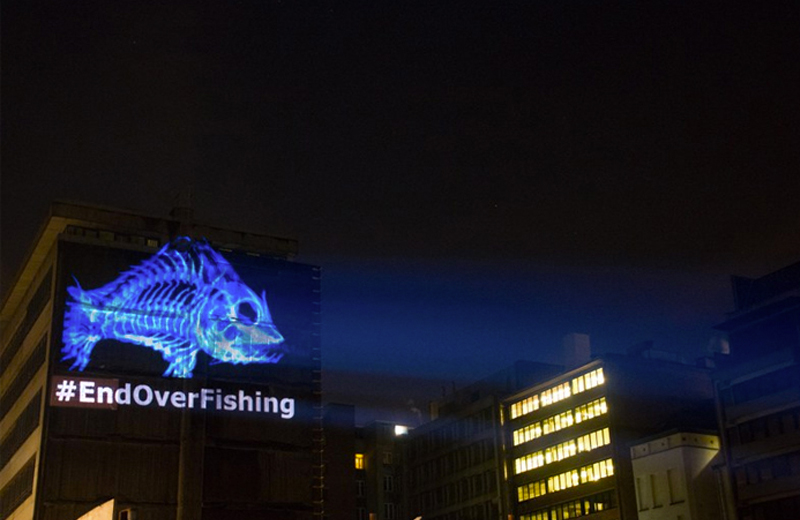 Seaspiracy, Netflix’s hugely popular documentary, has done wonders to shine the light on the destruction of our ocean, especially from overfishing.

The problems facing our ocean are clearly covered in the film. But the solutions… not so much. If you’ve watched Seaspiracy and want to take action to save the ocean, read on!

Sure, eating less or different fish can be a part of the answer to restoring ocean health, but saying we can fix the ocean by simply adapting our diets is like saying switching off the lights when leaving a room is the most effective way to tackle the climate crisis. It’s a good thing to do – but it misses much bigger opportunities that could have real impact.

If we want systemic, lasting change, we need to think bigger, and to act together. We need to hold our leaders to account. When we campaign together, we can achieve great and positive changes, whether locally, nationally or across continents. And frankly, we need to change the system, not just our individual behaviour, as climate scientist Michael E. Mann has written.

“Individual efforts to reduce one’s carbon footprint are laudable,” writes @MichaelEMann in The New Climate War. “But without systemic change, we will not achieve the massive decarbonization of our economy that is necessary to avert catastrophic climate change.”

Overfishing is the biggest cause of ocean destruction. By taking out more fish than can be replaced, fish populations are reducing every year. As fish get harder to find, industrial fishing vessels are burning more fuel and using more and more destructive fishing methods to find what’s left.

EU politicians have the power to end overfishing and protect the ocean. The solutions are so simple - all they’re missing right now is the will to do it. It’s time that we stand up together and demand action.

Here’s how you can make your voice heard.

Join a growing movement of passionate ocean protectors by signing the Our Fish petition calling on EU politicians to end overfishing. After joining the campaign we’ll keep you up to date with the latest actions to save the ocean, including participating in a key EU consultation this summer.

Members of the European Parliament will have to make several important decisions this year that will affect the health of the ocean. They represent you in the EU, so they care about what you have to say. Find your MEP(s) here then call or email them to ask for their support to ban bottom trawling, a highly destructive way of fishing that’s doing enormous damage to biodiversity, ecosystems and the climate.

There are lots of fantastic campaigning groups across Europe. We recommend checking out Ocean Rebellion, who are a part of the wider Extinction Rebellion Movement. Or the youth-led movement Fridays for Future.

Perhaps the most obvious one but never to be overlooked. Vote locally, regionally and nationally. Find out which candidates are demanding real action to protect the ocean and speak to candidates about why this issue matters to you.

There’s strength in numbers so we need as many people as possible fighting for the ocean. Why not host a film night (in person when possible, or remotely when not), attend talks, webinars and workshops.

On the other side of this fight is the very wealthy international fishing industry, which makes billions of Euros every year exploiting our common ocean. By using big budgets and influence, they pressure politicians to continue their reckless overfishing. To win, we’re going to need to stand together and make our collective voices even more powerful than the fishing industry’s money. Will you join us?