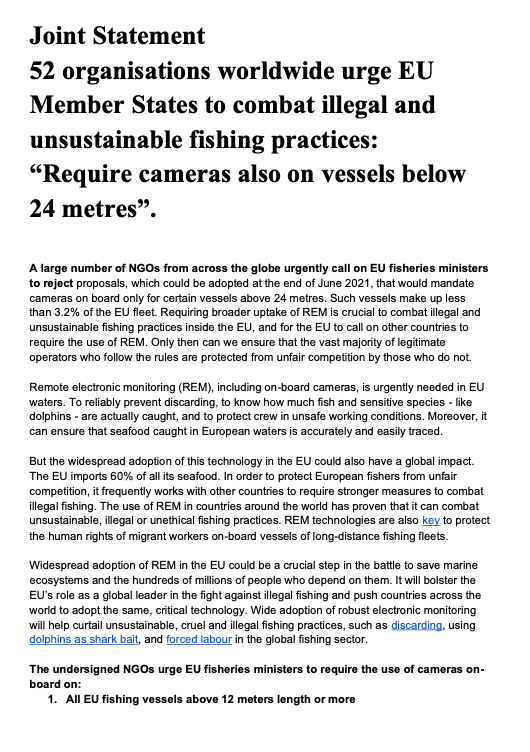 A large number of NGOs from across the globe urgently call on EU fisheries ministers to reject proposals, which could be adopted at the end of June 2021, that would mandate cameras on board only for certain vessels above 24 metres. Such vessels make up less than 3.2% of the EU fleet. Requiring broader uptake of REM is crucial to combat illegal and unsustainable fishing practices inside the EU, and for the EU to call on other countries to require the use of REM. Only then can we ensure that the vast majority of legitimate operators who follow the rules are protected from unfair competition by those who do not.

This statement concerns proposals by EU ministers which could be adopted at the end of June 2021 during the AGRIFISH meeting in the context of the revision of the Control regulation. This statement can also be found at transparentfisheries.org