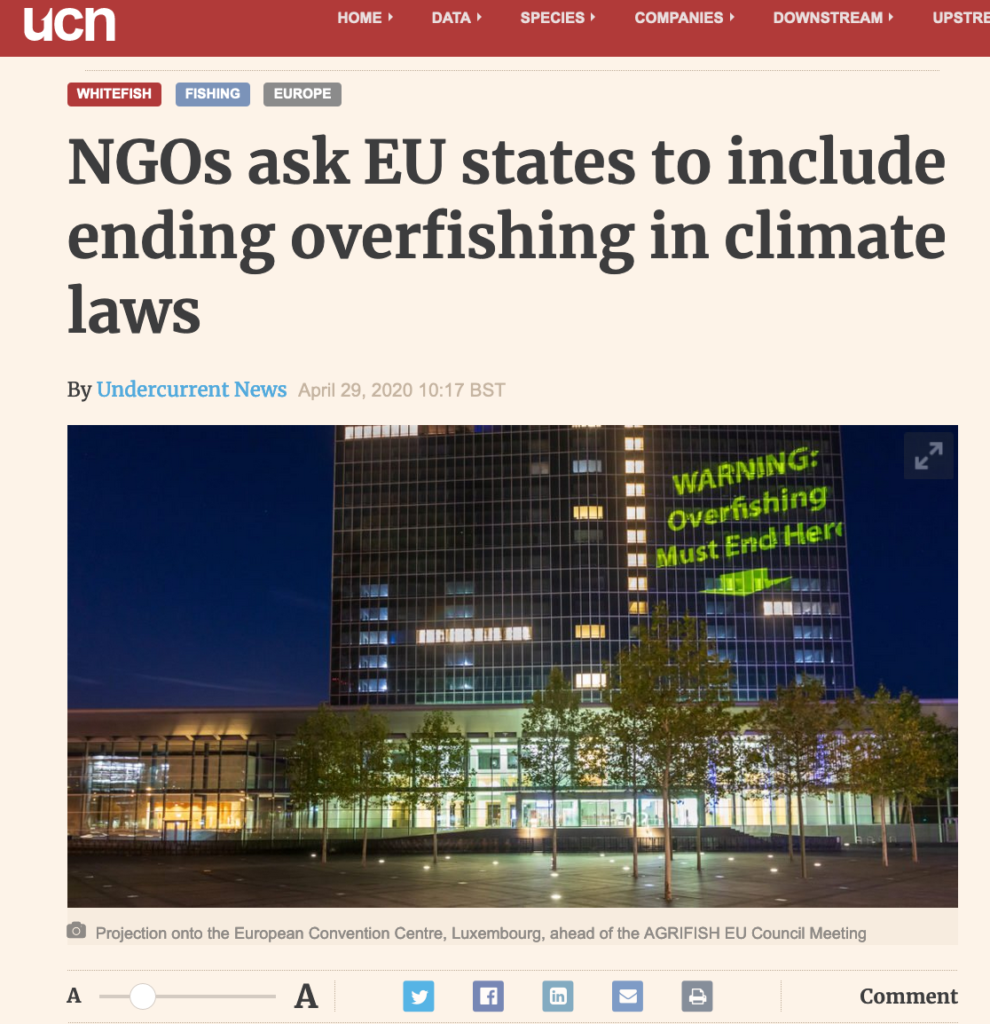 EU countries have overfished 8.78 million metric tons of fish during the last 20 years, according to a new piece of research by the New Economics Foundation (NEF).

Citing this, NEF and NGO Our Fish have called on the EU and its member states to include ending overfishing in their climate laws.

According to NEF’s historical analysis, Spain, Ireland, Portugal, the Netherlands and Germany top the “overfishing league table”, by gaining the highest percentage of quotas above scientifically advised levels for sustainable limits over a 20-year period (35%, 24%, 23%, 23% 22% respectively), while the UK, Denmark, and Spain have received the most in terms of excess tonnage (1.78m, 1.48m, and 1.04m metric tons respectively).

The analysis — part of NEF’s “Landing the Blame” report on the agreed annual fishing limits (total allowable catch or TAC) for commercial fish stocks in EU waters — discovered that between 2001 and 2020, on average, six out of ten TACs were set above scientific advice. While the percentage by which TACs were set above advice declined throughout this period (from 39% to 10% in all EU waters), the proportion of TACs set above advice has had a lesser decline, from eight out of 10 TACs to five out of ten, said Our Fish.