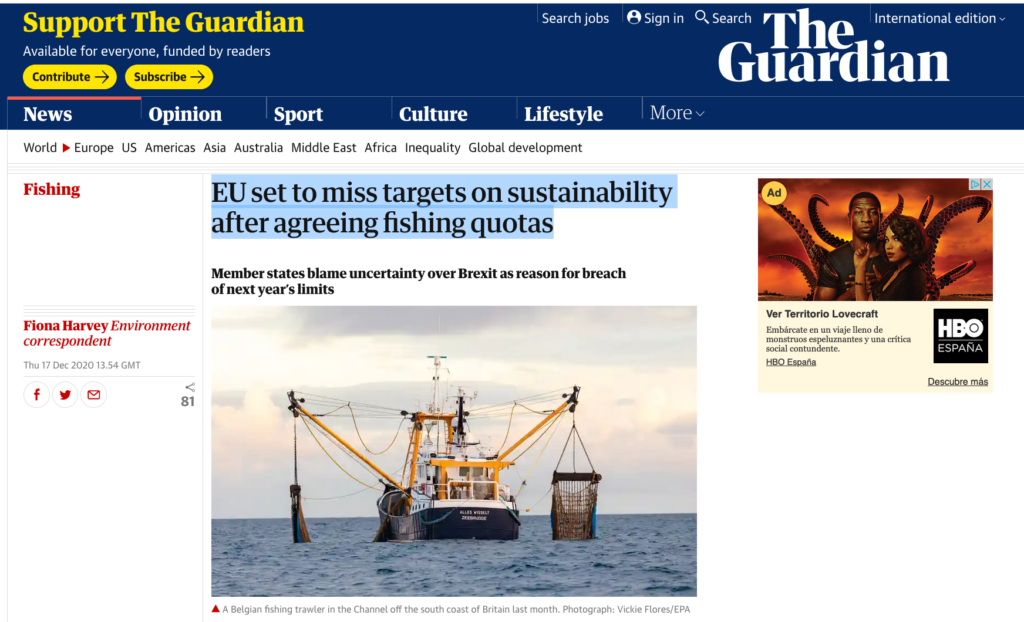 Fish populations will continue to be over-exploited in EU waters, partly as a result of Brexit, after a decision on next year’s fishing quotas among EU countries fell well short of scientific advice.

Fishing limits are set to exceed scientific advice for about a third of EU fish stocks, after EU ministers met on Thursday morning, with EU member states citing the uncertainty regarding fishing rights after Brexit as a reason for breaching limits on sustainable catches.

Rebecca Hubbard, a programme director at Our Fish, a campaigning organisation, said: “Brexit has been the excuse by which EU ministers have continued overfishing. It is very bad for sustainable fishing.”

Destructive practices such as bottom trawling will continue, and the management of important fisheries in the North Sea will still be subject to annual negotiations among EU ministers and the UK. Campaigners said these decisions would harm the EU’s fisheries industries and fishing fleets in the long term.

“Unfortunately, today’s outcome shows how far EU member states are from delivering their promises to their citizens, including our children who will inherit the legacy of their decisions,” said Hubbard. “EU fisheries ministers willingly lock themselves into this abusive cycle which helps nobody, not the fish, the ocean, the climate or the fishers.”