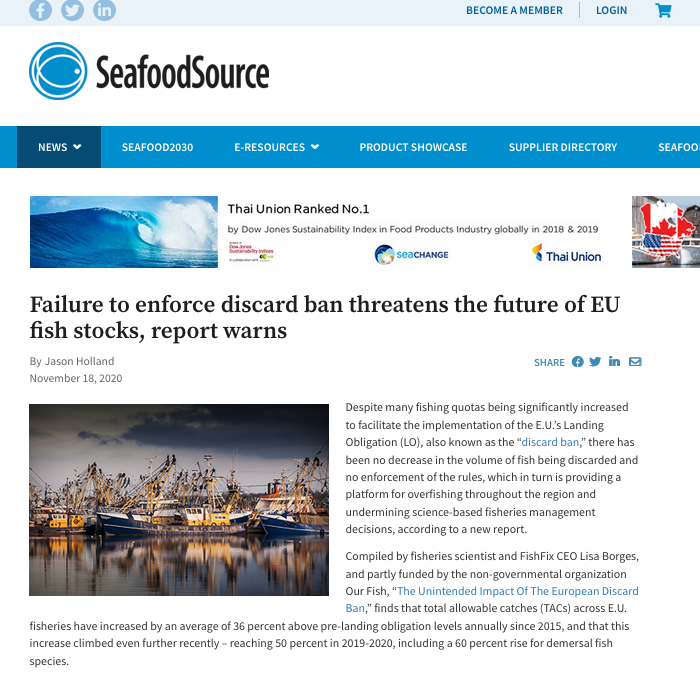 Despite many fishing quotas being significantly increased to facilitate the implementation of the E.U.’s Landing Obligation (LO), also known as the “discard ban,” there has been no decrease in the volume of fish being discarded and no enforcement of the rules, which in turn is providing a platform for overfishing throughout the region and undermining science-based fisheries management decisions, according to a new report.

Compiled by fisheries scientist and FishFix CEO Lisa Borges, and partly funded by the non-governmental organization Our Fish, “The Unintended Impact Of The European Discard Ban,”​ finds that total allowable catches (TACs) across E.U. fisheries have increased by an average of 36 percent above pre-landing obligation levels annually since 2015, and that this increase climbed even further recently – reaching 50 percent in 2019-2020, including a 60 percent rise for demersal fish species.