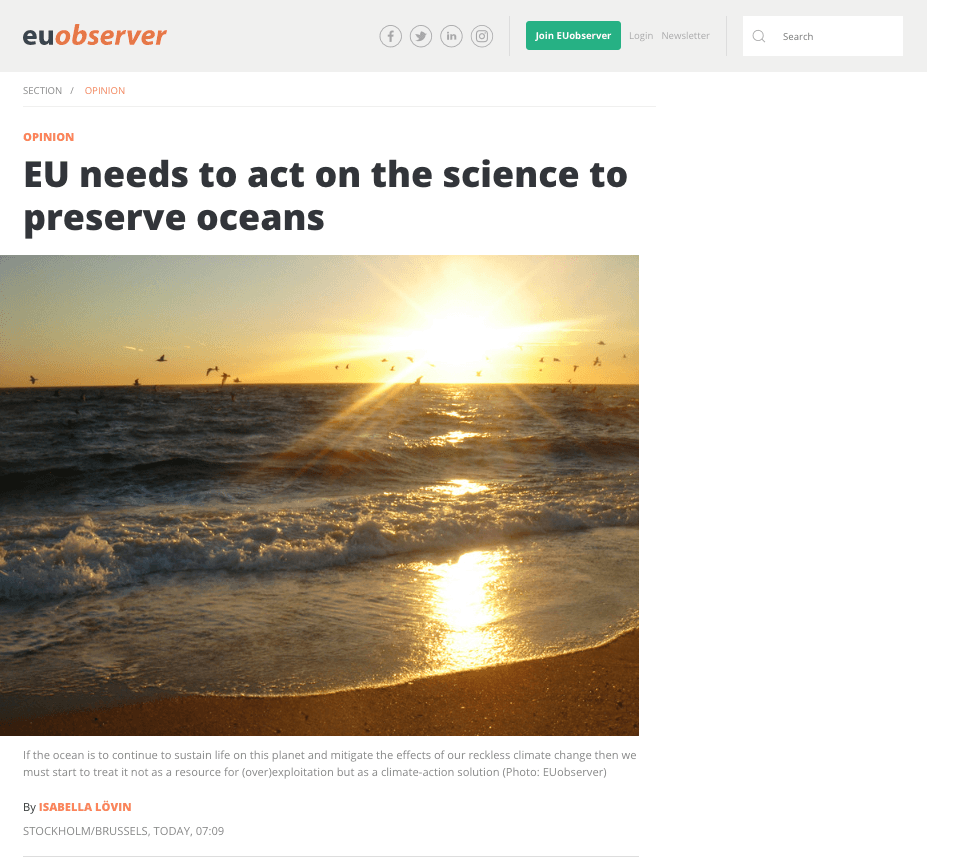 The importance of the world’s ocean cannot be overstated: it supplies 50 percent of the oxygen we breathe, feeds billions of people, and provides livelihoods for millions more.

The ocean is the great biological pump of global atmospheric and thermal regulation, and the driver of the water and nutrient cycles. As one of our most powerful tools for mitigating the effects of climate change, the ocean is a critical ally, and we must do everything in our power to safeguard it.

This is all the more important, given the unprecedented and unpredictable threats that we currently face. Though the ocean has been integral to slowing climate change, absorbing over 30 percent of the greenhouse-gas emissions and 90 percent of the excess heat generated since the Industrial Revolution, the cost has been huge.

Fisheries management has a decisive impact on the state of marine ecosystems, and thus ocean health. If the ocean is to continue to sustain life on this planet and mitigate the effects of our reckless climate change then we must start to treat it not as a resource for (over)exploitation but as climate action and a nature based solution.

The impacts of climate change are set to significantly lower the biomass of fish stocks, so specific conservation focused management to rebuild stocks is needed to ensure the marine ecosystem can be climate-adaptive.

The EU has been lazy in meeting its own targets for ending overfishing. This is not good enough, and it is not acting like we are in an emergency — it is more like telling the tide not to come in.

Studies have found that by reducing the overcapacity of the European fishing fleet, we could catch more fish: this means less boats, burning less fuel, contributing less to greenhouse gas emissions, and a better economy for the fishermen and women.

In the coming months, the European Commission will publish an action plan described in the EU’s 2020 Biodiversity Strategy and an expected evaluation of the Common Fisheries Policy. These need to be bold and halt short-term economic interests destroying the ocean.