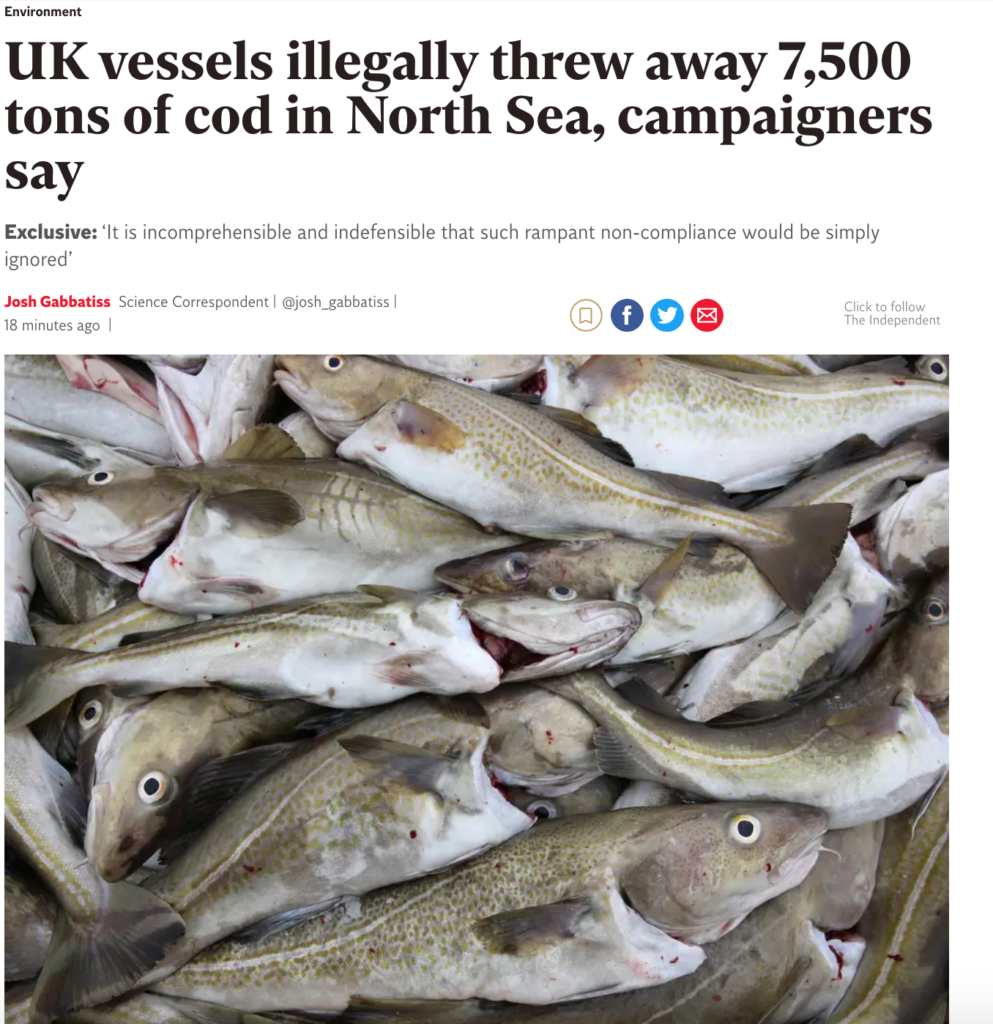 Exclusive: ‘It is incomprehensible and indefensible that such rampant non-compliance would be simply ignored’

Cod fishing vessels have been accused of illegally dumping thousands of tons of fish into the North Sea in a bid to sidestep strict new European rules.

Official data collected by the UK fisheries body shows there were no unwanted, undersized cod caught between January and mid-November last year at all.

This result was branded “impossible” by campaigners from Our Fish, who said British fishers must have twisted the figures by discarding at least 7,500 tons of smaller fish.

Manipulating the data in this way would also have allowed them to land around a third over their quota of cod in 2018, according to the group.

Programme director for Our Fish Rebecca Hubbard said authorities in England and Scotland seemed to be “turning a blind eye” to this problem.

“The UK government appears to be aware that large-scale unreported, illegal fishing for an important stock like cod is taking place within its fishing fleet,” she said.

“It is incomprehensible and indefensible that such rampant non-compliance would be simply ignored.”

Our Fish has written to the European Commission, presenting the findings and requesting it takes at least 7,500 tons off this year’s UK cod quota to account for the alleged infringement.

North Sea cod were thought to be on the rise after a long decline, but scientists have now recommended a significant cut to 2019 fishing limits to help their stocks recover.

Under EU regulations introduced to curb overfishing, boats are no longer allowed to discard any undersized cod they catch.

Instead, the smaller fish – which cannot be sold for human consumption – must be taken back to land and count towards their overall quota.

The move is intended to encourage a shift towards better equipment and fishing practices that avoid catching young fish.

To help the fishers cope with the sudden burden of extra fish cutting into their margins, they were granted an additional 5,200 tons of extra quota for the first year of the new regulations.