Home > press > Greennews: Ireland one of worst in Europe for overfishing, report finds 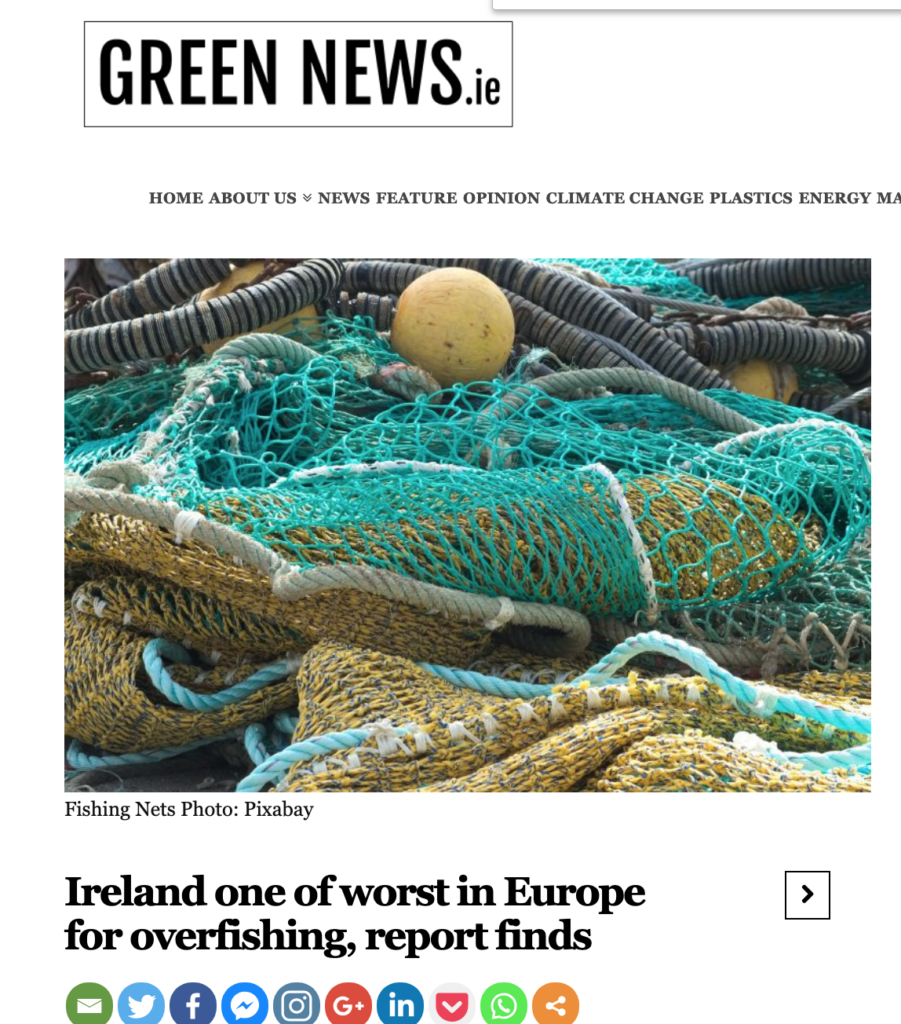 Ireland has the third highest rate of overfishing in Europe with quotas coming in at more than 20 per cent above scientific advice, a new EU-wide report has found.

The annual Landing the Blame report from the London-based NGO New Economics Foundation (NEF) analyses fishing quotas – or Total Allowable Catches (TACs) – to see if they are set above scientific advice.

According to Mike Walker, the Irish representative for the fisheries NGO Our Fish, Ireland’s negotiating team failed to “calculate the cost of past and continued overfishing” to both the environment and long-term livelihoods of out coastal communities.

Rebecca Hubbard, program director of Our Fish, added that analysis carried out by the group shows that two-thirds of all EU fishing limits has been continuously set above scientific advice since 2001.

This “willful overfishing”, she said, shows that Europe’s fisheries ministers are acting on behalf of short-term industry profits to “the detriment of the long-term health of the marine environment”.

“Ending overfishing is the clearest, simplest thing fisheries ministers can do to help restore ocean health – and every day EU ministers waste, decreases the chance for environmental, economic and social benefits in the future,” she said.

Greennews: Ireland one of worst in Europe for overfishing, report finds