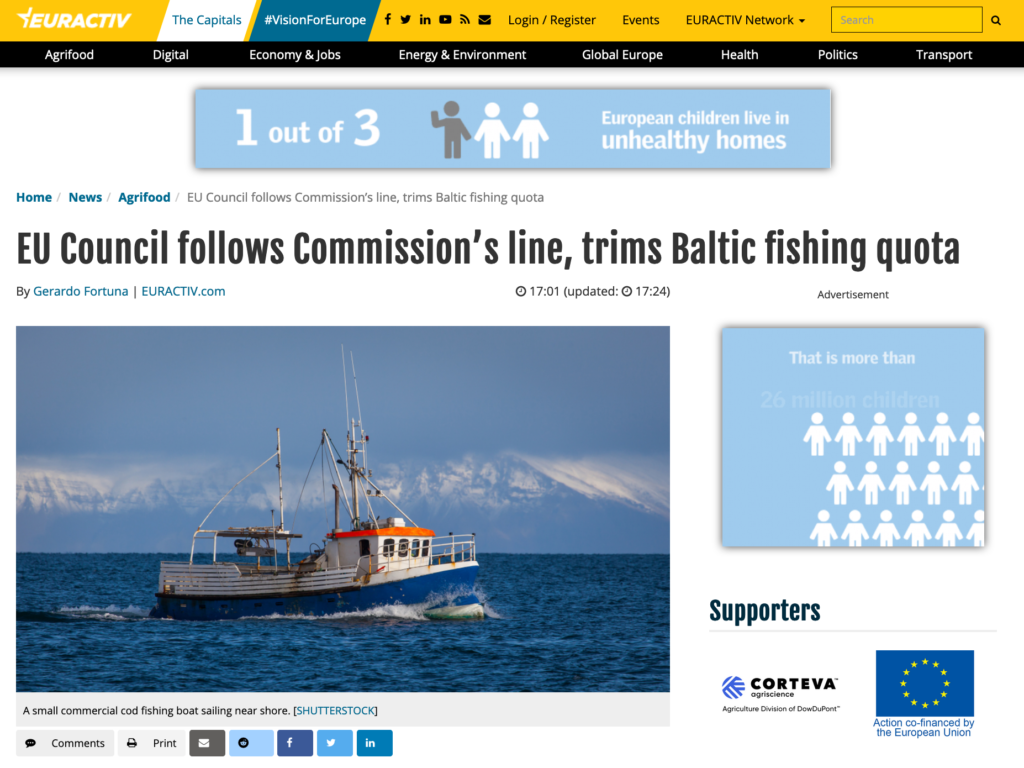 EU ministers have clinched a midnight deal in Luxembourg on the fishing quota limit in the Baltic Sea for 2020, following the Commission’s proposal to decrease the total allowable catches (TACs) for eight out of ten most commercially important fish stocks in the basin.

Fisheries ministers gathered in the Agrifish Council on Monday (14 October) to decide how much fish Baltic fishermen are allowed to catch and under what conditions.

This year, the Council agreed to increase the quota only for herring in the Gulf of Riga by 11% and to keep the same level of catches for salmon in the Gulf of Finland, curbing fishing other opportunities for other stocks though.

In particular, catch limits for the Western Baltic cod were cut by 60% in order to have the stock no longer under risk of collapse in 2023, while the ban on fishing Eastern Baltic cod was substantially confirmed as only 2,000 tonnes of unavoidable by-catches were allowed.

The fishing quota for Eastern Baltic cod stock has been reduced each year since 2014 to just over 24,000 tonnes in 2019 and in July the Commission took emergency measures to rebuild the stock, banning its commercial fishing until 31 December 2019.

“With less than three months until the EU’s own deadline to end overfishing, fisheries ministers are repeating the same destructive overfishing again and again, but apparently expecting a different result. That’s one definition of insanity,” was the comment of Rebecca Hubbard, programme director for Our Fish.