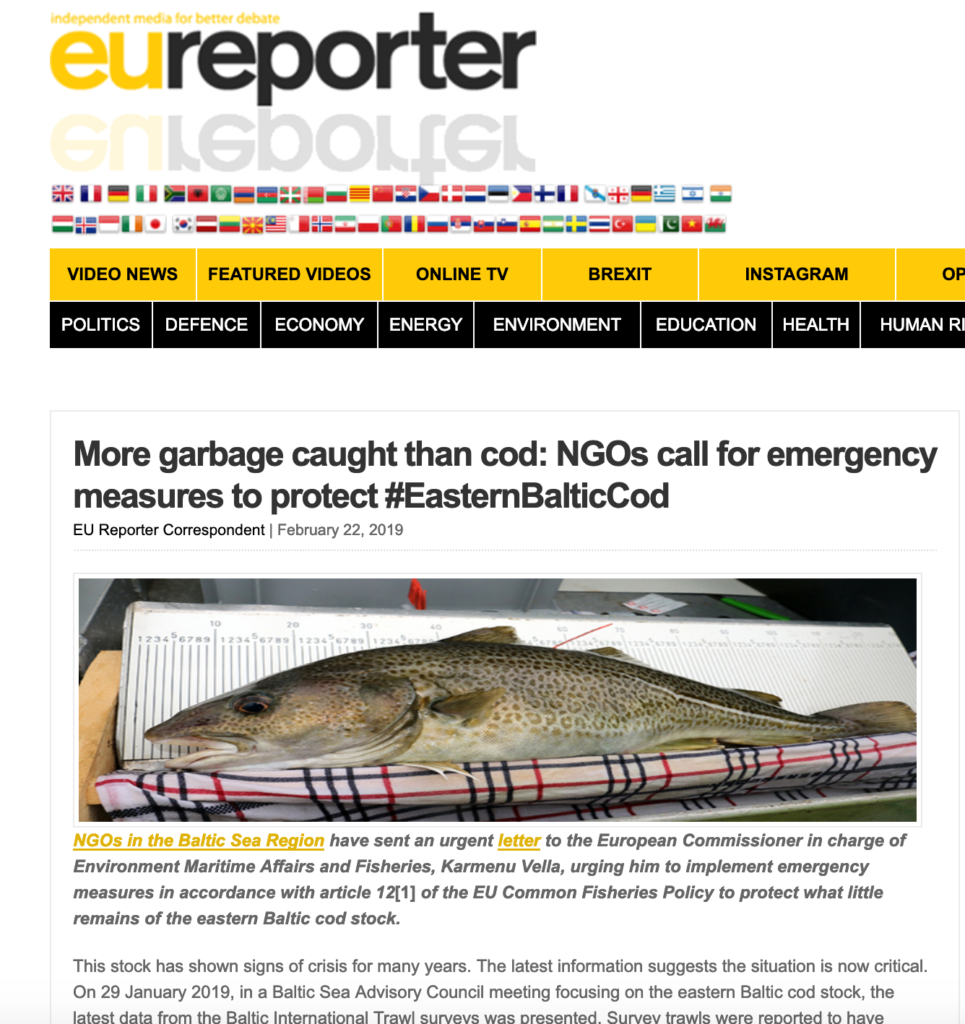 NGOs in the Baltic Sea Region have sent an urgent letter to the European Commissioner in charge of Environment Maritime Affairs and Fisheries, Karmenu Vella, urging him to implement emergency measures in accordance with article 12 of the EU Common Fisheries Policy to protect what little remains of the eastern Baltic cod stock.

This stock has shown signs of crisis for many years. The latest information suggests the situation is now critical. On 29 January 2019, in a Baltic Sea Advisory Council meeting focusing on the eastern Baltic cod stock, the latest data from the Baltic International Trawl surveys was presented. Survey trawls were reported to have caught more garbage than cod.