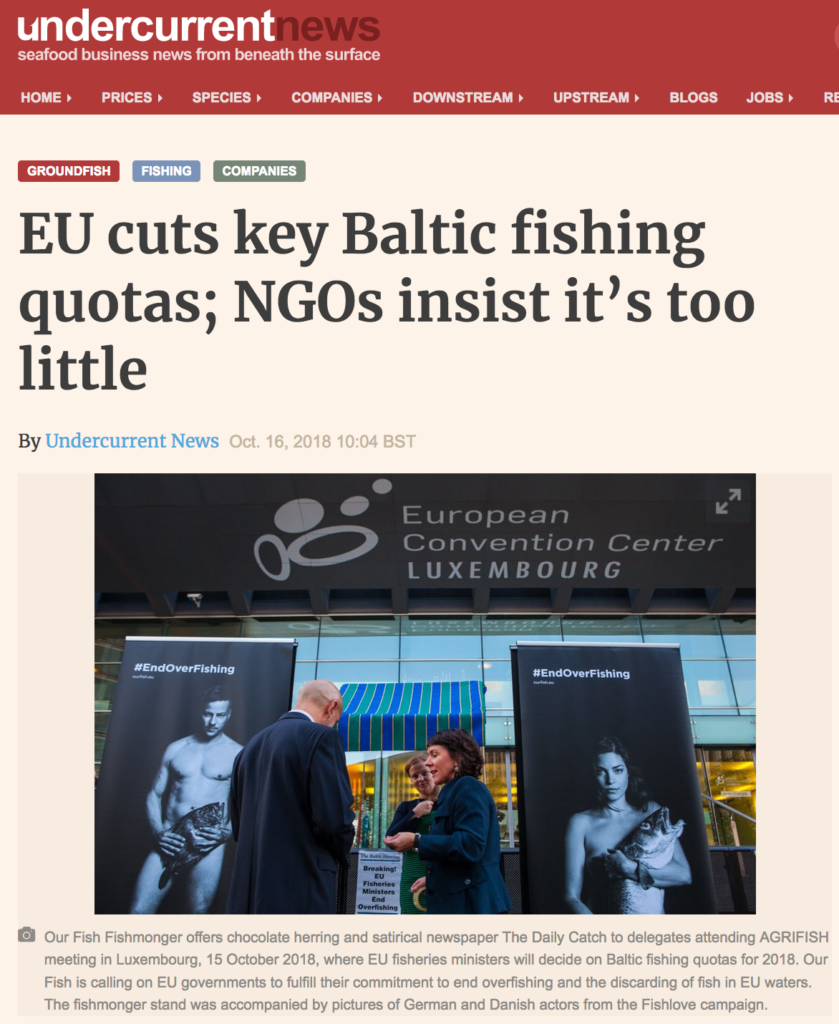 Some charities have criticized the limits for fisheries in the Baltic Sea set at a meeting in Luxembourg by EU ministers, claiming they are above the level recommended by scientists.

The International Council for the Exploration of the Sea had advised a zero catch for western herring, while EU ministers cut the limits by 48%, about 9,000 metric tons above the advice, according to Our Fish.

“On western cod, I am pleased that things are looking better in 2019,” said European commissioner for the environment, maritime affairs and fisheries, Karmenu Vella. “However, the stock is not yet seeing a sustained recovery. It is a good story that rests entirely on one good year in 2016. This is why it was important to limit the increase to levels that will still leave enough of that good year in the sea so that this fish can fill up the stock and produce more fish for the years to come.”

“While Council today has decided to increase the catch limits by more than that proposed by the Commission, this increase will still keep this catch limit in the lower half of the lower MSY [maximum sustainable yield]-range. This should still help us to stay at sustainable levels also in the coming years,” he proposed.

“The fishing limits set today for Western Baltic cod are clearly intended to exploit as many fish as possible, quickly, and not to rebuild this chronically overfished and fragile stock — despite warnings from scientists,” Hubbard said.

“Meanwhile, the Commission’s proposal and the final agreed fishing limit agreed for eastern Baltic cod, is so far above scientific advice, it is difficult to understand the point of even setting a limit,” she also said.