Responding to reports on Baltic fish stocks published today by the International Council for the Exploration of the Sea (ICES), campaigners called on fisheries ministers to end the annual cycle of overfishing, by taking a cautious approach when setting quotas for 2019. 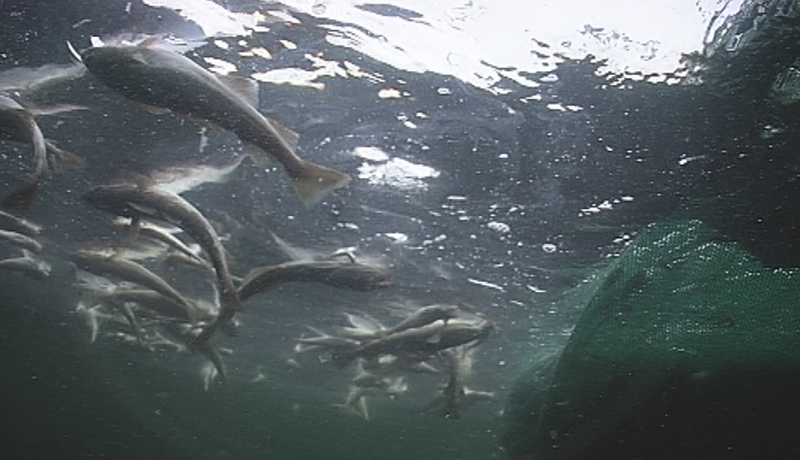 Up to 100% of undersized plaice being discarded

Copenhagen, 31 May 2018:- Responding to reports on Baltic fish stocks published today by the International Council for the Exploration of the Sea (ICES), campaigners called on fisheries ministers to end the annual cycle of overfishing, by following the lowest advised fishing limits when setting quotas for 2019.

“Due to years of poor management and continued overfishing, iconic fish stocks such as Baltic cod and western herring are in perilously bad shape, while illegal discarding continues unabated in the Baltic Sea”, said Our Fish Programme Director Rebecca Hubbard.

“In 2017, governments knowingly perpetuated overfishing – and the resulting decline in social and economic values – by setting four out of ten Baltic fish stocks above scientific advice. This year, fisheries ministers must pay particular attention to the detail of the ICES reports – and act with extreme caution when setting 2019 quotas to ensure that fish populations can be rebuilt to healthy levels”.

ICES advice provides the scientific basis for deliberations on Baltic Total Allowable Catch (TAC) limits that are set at the annual EU Agrifish Council meeting each October. Despite their important role in applying the Common Fisheries Policy and ending overfishing, these Agrifish Council meetings have been criticised for their lack of transparency and accountability, and persistent failure to set fishing limits according to the law (CEO 2017; TI 2017; NEF 2017).

ICES found that the western Baltic cod population remains extremely depleted, and below safe biological levels. A recent upward trend entirely reliant on just one strong year class of fish in 2016 – despite the fact that recruitment has been low for almost 20 years, and the 2016 year-class is bookended by two of the worst recruitment years on record (ICESa 2018). Recruitment numbers indicate how many fish are coming into the population, and therefore it’s chances of rebuilding in the future.

“Baltic fisheries in general, and cod in particular, are fast approaching a situation when management decisions have no effect, since the stocks are not responding as would  normally be predicted by scientific models”, said Nils Höglund, fisheries policy officer at Coalition Clean Baltic.”For example, quotas for eastern Baltic cod have not limited fishing efforts for many years now. While fishermen have not come close to catch what they are allowed to — because the fish are too small or simply not there, the eastern Baltic cod stock also lacks  the scientific data required to make proper assessments. What fisheries Ministers have failed to do is ensure there is plenty of sprat for the cod to eat in relevant areas – and this should be tested with priority.”

According to ICES, the Baltic’s Western herring stocks have been outside of safe biological limits since 2008, with low recruitment since the mid-2000’s, reaching a record low in 2016 and 2017. Despite fishing pressure being far above sustainable levels (Maximum Sustainable Yield) between 1992 and 2009, coinciding with a crash in fish stock size, fishing pressure was not substantially decreased even after 2010 (ICESc, 2018).

“In a damning indictment of poor fishery management, ICES recommends that catches for the Western spring spawning herring should be zero, due to continued overfishing. This sends a clear message to Baltic fisheries ministers that they cannot continue to ignore natures limits without repercussions. This year, fisheries ministers must end the decades of overfishing of western herring or risk commercial extinction of an ecologically important fish stock” said Hubbard.

Despite ICES reporting the Plaice fishery to be in reasonably good health, with fishing pressure decreasing and stock populations increasing in recent years, illegal discarding is now considered to be widespread in the Baltic (ICESd, 2018).

“Only seven tonnes of undersized plaice was landed in 2017, whereas researchers estimate the real figure is over 400 tonnes higher, with 100% of the catch still being discarded in some fleets. This constitutes not only a huge waste of marine resources, but illegal, unreported fishing. Baltic Sea member states – especially Denmark, Germany, Sweden and Poland – must start dealing with this IUU fishing in their fleets by significantly increasing monitoring and control at sea,” concluded Hubbard.

ICES advises that when the EU multiannual plan (MAP) is applied, total catches in 2019 that correspond to the F ranges in the plan are between 9094 tonnes and 23992 tonnes. Depending on the management decision for recreational catches, assumed to be between 1754 tonnes and 3227 tonnes, the corresponding commercial catches are between 5867 tonnes and 22 238 tonnes.

The positive perspective of the stock development in the forecast is mainly due to one strong year class (2016). Although the spawning-stock biomass has increased until 2018, it is still below Blim. Fishing mortality in 2017 was still considerably above FMSY. The 2016 year class is the only strong year class in more than ten years and the present advice is highly dependent on predicted development of this year class, which is not yet fully recruited to the fishery. Additionally, the 2015 and 2017 year classes are at historical low. There is a risk of growth overfishing because the 2016 year class fish have not yet reached their full growth potential. Therefore, to make use of the full growth potential of the 2016 year class, ICES suggests to use the FMSY lower value in the MAP when setting the TAC.

ICES advises that when the precautionary approach is applied, catches in 2019 from the eastern Baltic cod stock should be no more than 16,685 tonnes. Landings of fish below the minimum conservation reference size (MCRS, 35 cm) are very low (179 t BMS reported in 2017) and discarding still takes place despite the fact that the landing obligation has been in place since 2015. The estimated discard amount 3 452 tonnes in 2017 (approximately 11%) based on observer data. The available information from the fisheries and observers suggests that illegal modifications of the selectivity properties of the gear takes place, leading to a higher proportion of smaller fish being caught.

ICES advises that when the MSY approach is applied, there should be zero catch in 2019. The SSB has been below Blim since 2006. Fishing mortality (F) has been relatively constant at levels above FMSY since 2010. Recruitment has been low since the mid-2000 and has been declining in recent years, with the lowest values of the time series in 2016 and 2017.

ICES advises that a spatial management plan is considered for the fisheries that catch sprat. Relocating the sprat fishery has long been suggested by ICES to improve availability of feed for cod in the Baltic proper area (25-26) and it is repeated again this year. This would also help the sprat and herring in more northern areas of the Baltic Sea to grow to their full potential and also likely result in less M74 in Baltic salmon, whose diet at present is comprised of too much sprat causing an increase of the problem.

Since 2017 a landing obligation is in place and discarding is illegal. About 7 tonnes (0.8% of the total catch) of BMS plaice were recorded by the Member States. Based on observer data 38% of the catch was discarded in 2017. This indicates that the landing obligation is not enforced for this stock. The discarded fraction can cover all length classes and comprise as much as 100% of the catch.

Our Fish report: Thrown Away: How Illegal Discarding in the Baltic Sea is Failing EU Fisheries and Citizens

TI, Transparency International (2016), Overfishing in the Darkness: A case study in Council decision-making. Viewed at: http://transparency.eu/project/overfishing-in-the-darkness/

“After hours of deliberations that continued until after 6am, EU Agriculture and Fisheries Council ministers agreed to set Total Allowable Catches (TAC) for western Baltic cod at 5,597 tonnes, four times higher than the most cautious scientific advice, despite the stock being critically overfished [3]. Eastern Baltic cod was set at 28,388 tonnes, almost four thousand tonnes higher than scientific advice.”