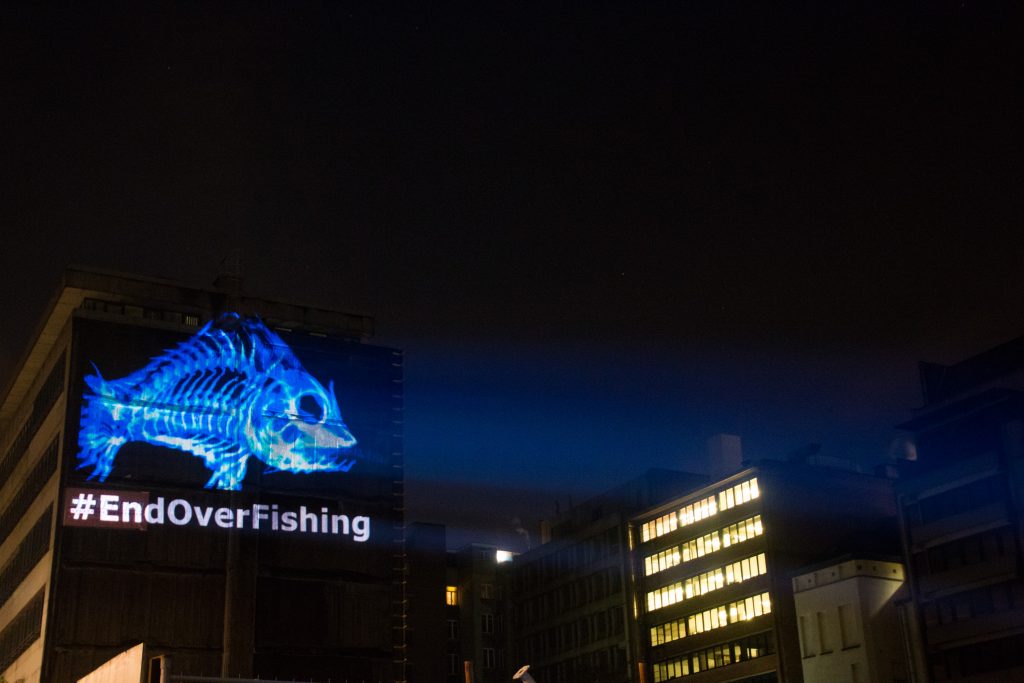 Brussels, 14 December, 2021- European Fisheries Ministers, gathered in Brussels to set fishing limits for fish populations in EU seas for 2022, this morning decided to continue overfishing of over one third of stocks, in disregard for both science and EU law. [1]

Ahead of this week’s EU AGRIFISH Council meeting, several countries – Spain, Portugal and France in particular – proudly stated their intention to go against both scientific advice and EU legislation on fishing limits for EU-only fished stocks, claiming to defend fishing industry interests [2], despite there being no future for the fishing industry without ending overfishing and achieving healthy fish populations.

As a result, despite efforts from the European Commission to make progress towards ending overfishing, fisheries ministers have today disregarded the maximum fishing limits proposed by scientists for iconic fish stocks such as southern hake, sole or nephrops. This runs counter to warnings from the Scientific, Technical and Economic Committee for Fisheries (STECF), which for the first time since 2005 has reported a setback in progress towards ending overfishing in EU waters.

“It is unacceptable that ministers openly advocate for ignoring the advice given by scientists and instead choose to respond to industry lobbyists”, says Andrea Ripol, Fisheries Policy Officer of Seas At Risk. “Ministers have this morning decided to continue overfishing, claiming that this was necessary for socio-economic reasons. But what they are failing to grasp is that ending overfishing and ensuring abundant fish populations is in the interest of fishers, and theses narrow-minded decisions will only jeopardise the health of our ocean, our planetary support system, and with it, the fishing industry and communities they are claiming to protect” she added.

“It’s shocking that EU fisheries ministers remain so dysfunctional and out of touch with the concerns of European citizens, that they continue overfishing as if they will not be held responsible for fulfilling their legal obligations, or for the repercussions of worsening the ecological and climate crisis”, said Rebecca Hubbard, Program Director for Our Fish [3]. “EU leaders must hold their fisheries ministers to account for the laws and pledges they’ve signed up to, both internationally and at home, including ending overfishing.”

“The world is waking up to how important it is to protect the ocean in the face of climate change, and to restore fish populations and healthy seas; if fisheries ministers insist on remaining at odds with reality, they must be replaced by functional decision-makers that not only abide by the rules, but manage fishing so that the ocean can provide the fish, livelihoods, and climate that we need to survive and thrive. The European Commission’s forthcoming Action plan to conserve fisheries resources and protect marine ecosystems is an opportunity to ensure that the true cost of fishing is monitored, and that fisheries management delivers climate action”, concluded Hubbard. NGO recommendations for the Action Plan can be found here.

The European Commission and EU fisheries ministers also appear to have taken a risky, and non-transparent approach to proposing 2022 fishing opportunities for shared fish stocks if the EU and UK cannot reach agreement by December 20th; instead of proposing 25% of the scientific advice by the International Council for the Exploration of the Sea (ICES) for 2022 as the total allowable catch for the first quarter, they have proposed various quantities, many of which are simply 25% of the 2021 total allowable catch or higher. This is high-risk gambling with the health of fish stocks, said the NGOs. There is minimum transparency around the whole process, which makes any promises from Ministers that they “will follow the science” almost impossible to assess.

[1] The reformed Common Fisheries Policy includes the fundamental objective to progressively restore and maintain fish stocks above sustainable levels, specifically above levels capable of producing the maximum sustainable yield. The legislation also states that this objective shall be achieved by 2015 or progressively by 2020 at the latest for all stocks.

[2] France, Spain and Portugal claim to be going against against both scientific advice and EU legislation:

Spain and Portugal risk overfishing in the Mediterranean and the Bay of Biscay: https://www.investigate-europe.eu/en/2021/spain-and-portugal-risk-overfishing/

[3] 3 March 2020: EU Eurobarometer Survey: Protecting the environment and climate is important for over 90% of European citizens

“94% of citizens in all EU Member States say that protecting the environment is important to them.”

“The Eurobarometer Survey .. reveals that citizens want more to be done to protect the environment, and that they believe responsibility should be shared by big companies and industry, national governments and the EU, as well as citizens themselves. The interviewed citizens considered that the most effective ways of tackling environmental problems are ‘changing the way we consume’ and ‘changing the way we produce and trade’.”