Our Fish today presented a stunning mural, “Heartbeat of the Ocean” – painted on a nine-floor apartment building in Vilnius, Lithuania by the world-renowned team of Spanish artists Boa Mistura – to the European Commissioner for the Environment, Oceans and Fisheries Virginijus Sinkevičius, as an early Christmas gift; the mural send a strong reminder that not only is the health of the ocean in his hands, but that the Commissioner must act with urgency to protect it and the climate.

“Save the Ocean to Save the Climate” is the message of the 300 square metre fresco, created during freezing temperatures by the artists of Boa Mistura, on the entire wall of a nine-storey apartment building at Sausio 13-osios st. 7, near Vilnius’s famed TV tower. 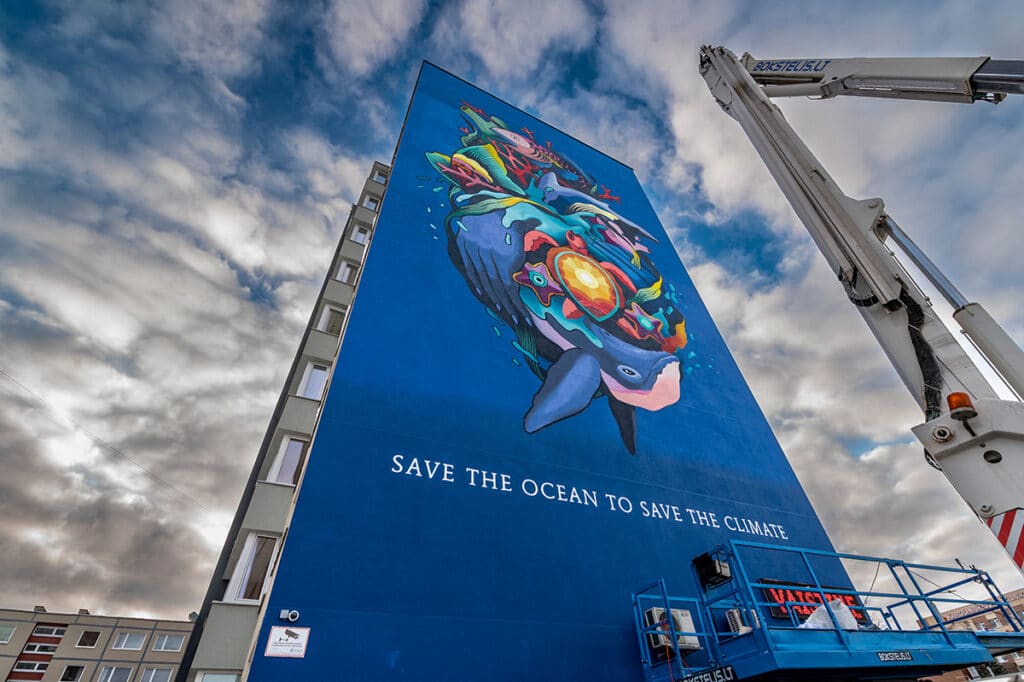 “Save the Ocean to Save the Climate” – message to Virginijus Sinkevičius in Vilnius, Lithuania. Our Fish/Dalius Pacevičius

“Our Fish wishes to send the people of Vilnius and European Commissioner for the Environment, Oceans and Fisheries, Virginijus Sinkevičius, a Christmas gift that lasts – a bold and beautiful mural that reminds us that the health of Europe’s ocean life is in our hands, and we must act with courage and commitment to protect it for future generations,” said Rebecca Hubbard, Program Director of the Our Fish campaign, which works to end overfishing and restore a healthy ocean ecosystem.

The mural, which features fish, whales and other ocean creatures, aims to invite Vilnius’ residents, guests and decision-makers to pay more attention to protection of the ocean, and the importance of a healthy ocean to climate action.

“European seas have been heavily overfished and the ecosystems degraded over many decades. This not only destroys wildlife and diminishes the ocean’s ability to provide us with food and jobs, it undermines its capacity to store carbon and adapt to the climate emergency,” said Hubbard.

“Commissioner Sinkevičius must use his power, and act with inspired urgency to phase out destructive fishing and ensure a just transition to low-impact fishing, so that we can restore the ocean’s health and ensure it can keep defending us from the worst of climate change”. 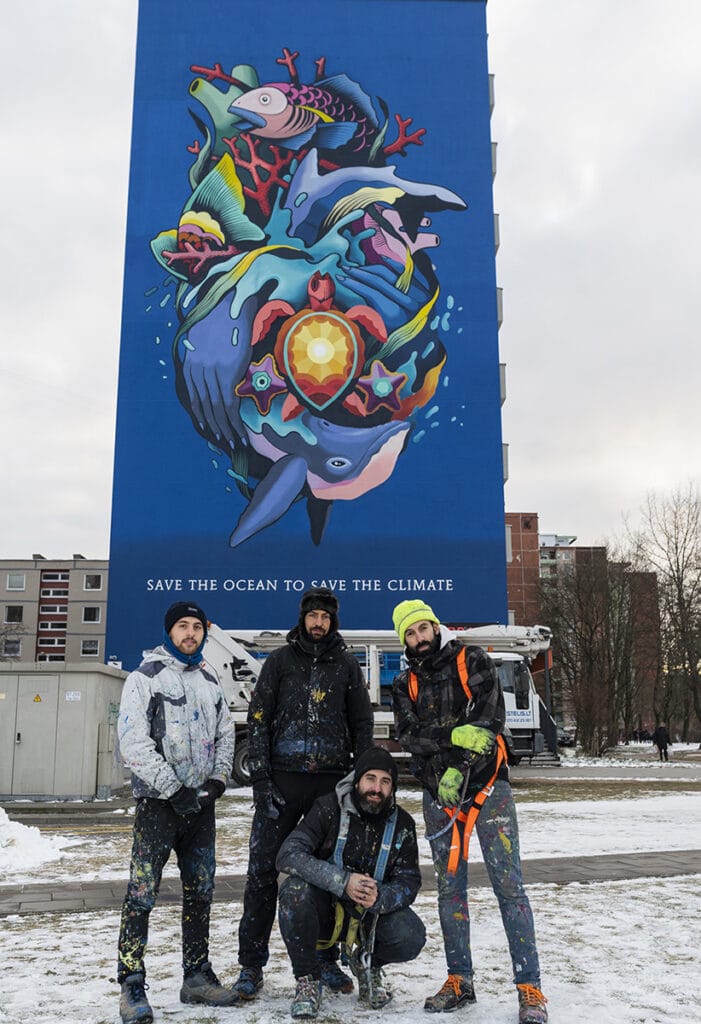 “We have created this mural of sea creatures in Vilnius, representing how the Ocean is the heart of planet Earth. Without a healthy ocean, we cannot have a healthy planet – no heart, no life”, said Pablo Puróne, a member of Boa Mistura. “Our mural in Vilnius is our message to the world: message ‘Save the Ocean to Save the Climate’”.

“I’m happy that the old Vilnius district of Karoliniškės just became more colourful. But even more – I’m delighted that this mural will remind passengers every day that ocean and sea creatures depend on our everyday choices. The seaside is quite far from Vilnius – we tend to remember it only in summer. But actually, our daily habits add up to climate change, or on the contrary – help to stop it. How we drive past this huge painting, what we eat each day – it’s time to pay more attention to these things. Oceans are warming and becoming uncomfortable to live in. We must pay attention to our carbon footprint, also to the fish species we eat if we want them to also stay in the oceans, not only in the mural,” said Inga Labutytė-Atkočaitienė, from the Lithuanian Fund for Nature, who spoke at the launch of the mural. 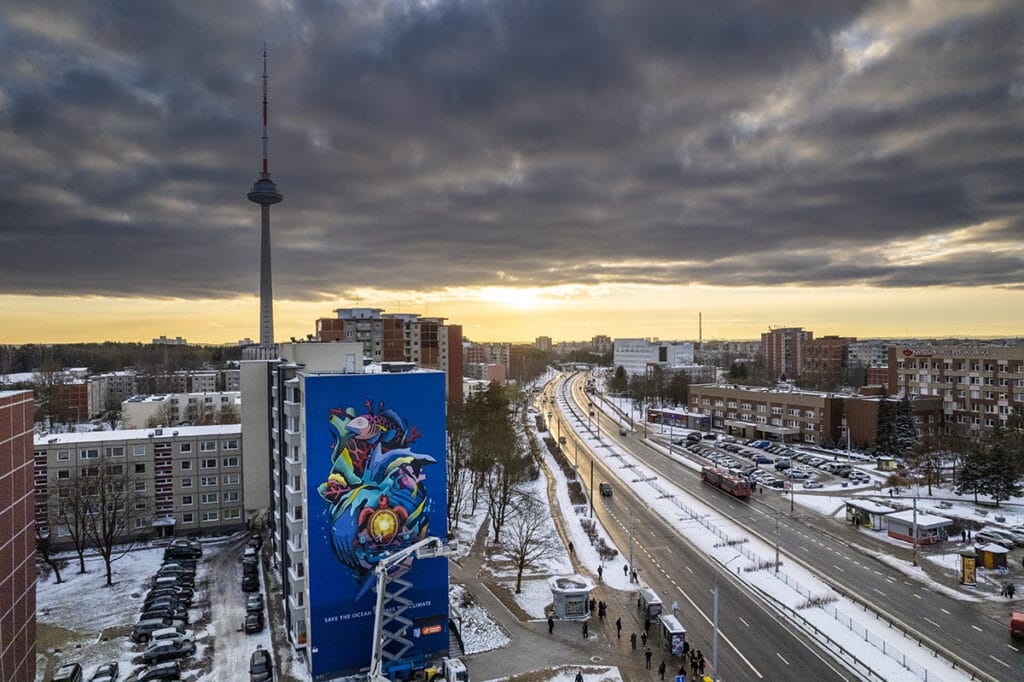