Home > news > Self sacrifice or Self Destruction? The EU is still overfishing 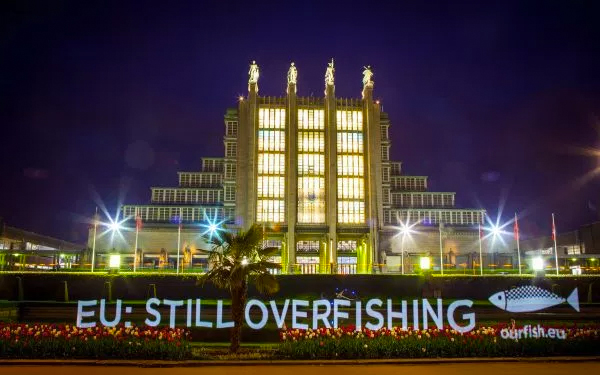 According to a recent  EU report monitoring the performance of the Common Fisheries Policy, Europe’s precious fish stocks are still being destroyed for a quick profit, while European citizens are being fed a raw deal by both the big end of the fishing industry and national governments. [1]

The EU’s Scientific, Technical and Economic Committee for Fisheries has  reported that around 6 out of 10 fisheries in the North East Atlantic managed by European nations are still considered unsustainable and do not meet the Common Fisheries Policy (CFP). The CFP is the law that defines EU fisheries management and aims to make the fisheries sector environmentally, socially and economically sustainable.

According to the report, the situation in the  Mediterranean Sea – an icon for Europe’s love of the sea and seafood – is actually getting worse, with the highest levels of fishing pressure in the last ten years recorded in 2011 and 2014. Industrial trawlers from Italy, Spain and France  have the biggest impact on fish stocks and ecosystems along the seabed, to the detriment of those who love and rely on mare nostrum, including tens of thousands of low-impact small scale fishers. [2]

The industrial fishing lobby claims that the recent improvement in fish stocks is due to “decades of self sacrifice”, whilst ignoring the fact that they have opposed the decreases in fishing effort needed to deliver these improvements almost every chance they’ve had.

In the last ten years, Europe’s fisheries improved from 90% of fishing being unsustainable to 60% unsustainable [1]. If this so-called “return to greatness” that the industrial fishing lobby has claimed as their own, was  a school report card it would be a C not an A.

STECF  reports that at the current rate of improvement we will not meet the CFP timetable of sustainable fish stocks and fishing levels by 2020.  So, despite what the industrial fishing lobby says and thanks to their lobby efforts to set fishing limits above sustainable levels, everything is not peaches. This is a warning signal that we need stronger action from European countries if we are to secure healthy fish stocks, good seafood, and a sustainable fishing industry.

Europe is the largest trader of seafood and fisheries products in the world [3] . The Global Seafood Expo is attracting thousands of seafood traders to Brussels this week, but the question remains – why are European nations still plundering our fish at a rate we cannot afford to maintain, and to whose gain?

Rebecca Hubbard is Campaign Manager for Our Fish