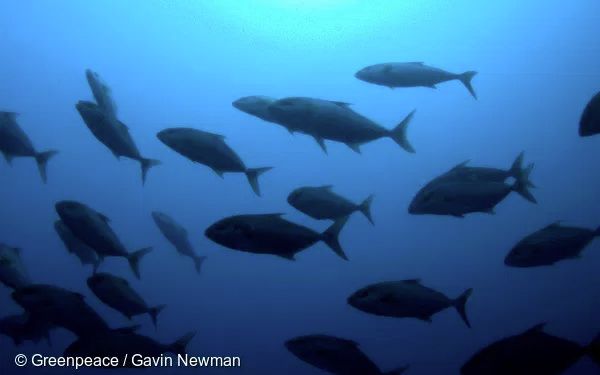 The azure waters of the Mediterranean Sea provide the European dream of a coastal paradise, with millions relying it for their livelihoods, and others flocking to its shores each summer for sunshine, beaches and seafood. But the Mediterranean stretches far beyond and beneath what can be seen from its coastline. The Mediterranean is a biodiversity hotspot, home to 17,000 known marine species, with many species still undescribed – and perhaps undiscovered[1].

The Mediterranean’s latin root, Mare Mediterraneum describes a ‘‘sea in the middle of the land”. It’s bigger than you might think, nearly three million square kilometres, or double the size of Spain, France and Italy combined. The Med is also the deepest enclosed sea on Earth[2], with its deepest point more than 5,000m below the surface of Greece’s Ionian Sea, in the Calypso Deep.

So, the Mediterranean is big – but it’s not infinite, and neither is the promise, or the resilience of the creatures that inhabit its waters. While the rich ecosystem of the Mediterranean has sustained civilizations for millennia, humans have always tended to assume there was plenty more fish.

As far back as the fourth century B.C., Aristotle wrote about how scallops had vanished from Lesvos Island in the Gulf of Kalloni, after fishermen had overexploited the scallop grounds, by dragging the seafloor[3]. That was just the beginning. Today, beneath its shimmering waves, the Mediterranean is in crisis; overfishing is rife, while its waters are under pressure from pollution, shipping and mass tourism.

Many of Mediterranean’s animals are endangered, or under threat, such as the monk seal, the loggerhead and green turtle, the smoothback angel shark, Audouin’s gull, European hake, Atlantic Bluefin Tuna, as well as several species of dolphins and whales. Humans can choose to halt this decline, or we can do nothing. The choice is ours.

Living along the shallow coastal shelves of the Mediterranean, sharks, rays and skates are threatened by trawlers targeting bottom dwelling fish and invertebrate species, with more than half facing risk of extinction[4]. In the past, around 15 species of sharks and rays were targeted by Mediterranean fishers, but when the stocks declined, so did the fisheries. Yet they are still being depleted, netted and hooked by vessels fishing for other more commercially desirable species.

Elasmobranchs, as sharks, rays and skates are collectively known, may have been around for 400 million years, but they are very vulnerable to mortality, regardless of whether the fishing is direct or indirect, due to their slow growth, late maturity and low reproduction levels.

Longliners, using lines of fishing hooks many kilometres long, hook and tangle sharks, sea turtles and seabirds, while purse seine fleets needlessly catch as many as 5,700 dolphins annually. Luckily, the majority are released alive, but clearly, the Mediterranean’s dolphins cannot sustain this kind of treatment in the long term. [5]

Two marine turtle species have important Mediterranean breeding grounds, the loggerhead and the green sea turtle, both of which are classified as endangered by IUCN. Other turtles, like the leatherback, hawksbill and Kemp’s ridley can be found occasionally[6]. A shocking 132,000 turtles are caught every year[7] in the Mediterranean by fishing vessels, leaving them dead or maimed.

These turtles, seals and sharks are not target species for the fishing industry – they are injured or killed as “collateral damage” in the pursuit to catch fish. And due to that pursuit, many of the fish we eat are also now in danger.

Currently, a shocking 96% of Mediterranean stocks are overfished. Official discards for the Mediterranean fishing industry are in the order of 230,000 tonnes per year (18 per cent of the fish caught)[8] – and that’s just what is officially reported. [9] So we’re not only overfishing, we’re throwing away one fifth of what we catch. Fishing is the most important factor, causing or contributing to the 93% of depletions of Mediterranean wildlife and 100% of local extinctions[10]. In particular, bottom trawling is one of the key drivers behind the decline in endangered shark and ray populations in the Mediterranean, as well as the most vital contributor to overfishing of demersal, or bottom dwelling species[11].

The commercially desirable European hake is one of Spain’s favourite fish to eat. It’s also the most overexploited bottom-dwelling fish in the Mediterranean Sea, targeted by the unselective bottom trawl fleet and is fished at almost 15 times the sustainable rate in some areas[12]. It’s of little surprise that the merluza is listed by the IUCN Red List of Threatened Species.

The Mediterranean is the birthing place for one of the world’s most iconic and overfished species – Atlantic Bluefin Tuna. One of the ocean’s fastest, strongest predators, Atlantic Bluefin Tuna can weigh up to 900 kg and measure almost four metres[1]. But as one of the highest value fish on the global market, decades of intense, illegal and unreported fishing brought this jaguar of the sea to its knees, with populations crashing to an estimated 15% of their original numbers[2]. An enormous international effort led to a number of urgent management interventions and the stock appears to be recovering quickly[3] – the only positive trending fish stock known in the Med – but it’s still overfished and we aren’t out of the woods yet.

So, it’s clear that decreasing the capacity of the trawl fleet is a key urgent measure needed to protect and rebuild populations of these endangered species and the fish the trawlers target[16]. The situation is so extreme, that the European Commission has recommended that for some areas in the Western Mediterranean, the number of French and Spanish trawlers needs to be reduced by over 90% by 2020[17]. Mediterranean EU member states resist, claiming that they need to preserve livelihoods – but if there are no fish to fish, there won’t be any jobs or incomes at all from Mediterranean fishing.

What’s driving the Mediterranean’s problems? Well, sure, there’s the seemingly unstoppable human demand for fish, for a start. But it’s also down to collective poor governance by Mediterranean nations, who give unfettered access to the fishing industry to exploit, and overexploit the Mediterranean’s waters, in search of quick profits for today – instead of investing in sustainability for tomorrow.

The scientific community believes there is still time to turn things around, but not without meaningful urgent action from national governments [18].

Real, meaningful action by Mediterranean governments must be taken now, or overfishing will push the Mediterranean beyond a point of no return – creating a future where this vital sea can no longer provide a secure source of seafood or sustainably support a fishing economy[19], and we will be left to sunbathe beside an azure blue desert. Let’s not go that route.

This Endangered Species Day, Our Fish calls on EU’s Mediterranean states, by 2018, to:

Our Fish brings together organisations from across Europe to speak with a common voice: overfishing of our waters must be stopped, and solutions put in place that ensure Europe’s waters are fished sustainably. Our Fish demands that the Common Fisheries Policy be properly enforced, and Europe’s fisheries effectively governed.

More than half of the 73 species, are regionally threatened; 31 are most imperilled in the Critically Endangered (20 species) and Endangered (11) categories

It is estimated that a minimum of 132 000 incidental captures are estimated to occur annually in the Mediterranean basin; of these 39 000 occur in bottom trawlers, 57 000 in pelagic longlines, 13 000 in demersal longlines and 23 000 in set nets

[16] Study on the evaluation of specific management scenarios for the preparation of multiannual management plans in the Mediterranean and the Black Sea. European Commission – Executive Agency for Small and Medium-sized Enterprises (EASME), 2016