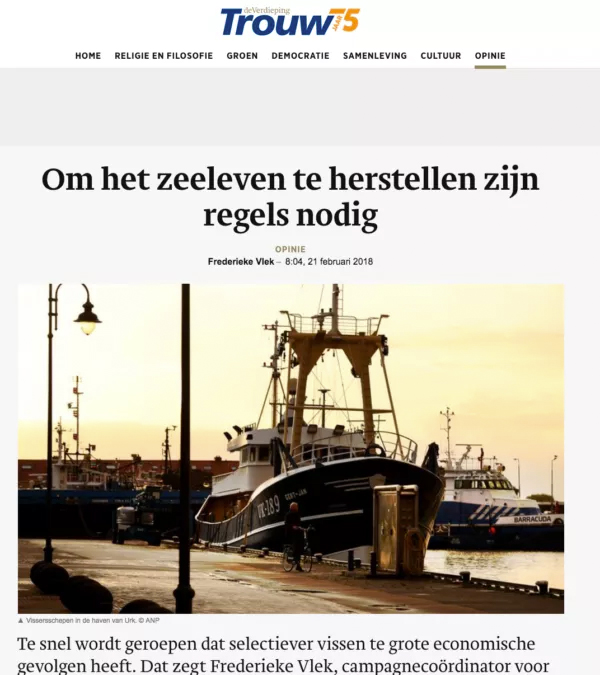 European law: drama for fisherman or chance for sea life?

In recent weeks, fishing has often made  the news in the Netherlands, with reports leaving the  general  audience  Dutch fishermen are on the verge of collapse due to European regulations. If it is not the ban on pulse fishing that hangs over the head like a sword of Damocles, then it is the new law that obliges them to bring bycatch and so-called discards or unusable fish to shore, which would cause “the future of the fishermen to go to the thunder”, as one Dutch fisherman said on TV . The other side of the regulations, the need for the restoration of marine nature, seems to play a minor role in the debate.

The centuries-long exploitation of the North Sea has damaged its marine life, which is why strong regulations are needed. In the North Sea, fishing has been conducted for  decades with non-selective bottom-trawlers. Bycatches are therefore inevitable. But by setting rules focused on a handful commercial fish species, we have created a North Sea where it’s all going well with plaice and sole, but where other species such as sea bass and turbot that are caught as bycatch in this fishery, are doing less well. In order to prevent the North Sea from being further scraped clean and be turned into a monoculture in which only flatfish can thrive, investments will have to be made in more selective fishing. That is the necessary task that Brussels has given  to EU Member States.

The story seems complicated, and the public is left with the image of fishermen who are being “killed” by European legislation. For example there’s the image of  fisherman is sobbing next to a large tank with undersized or too small fish that must be made unmarketable and destroyed with red liquid. But the opposite is the reality; It is precisely this small and undersized fish that has been caught in Dutch fisheries for decades and is largely thrown overboard again. Largely dead too. Research shows that there was  gigantic annual waste of around 50 million kilogrammes  of quoted species within Dutch trawler fisheries during 2011. In order to prevent this waste and to be able to better manage vulnerable species, the EU demands that much less undersized fish and bycatch species are caught – or are not caught at all. This  is not easy, due to the non-selective nature of Dutch fisheries, and as demonstrated by the resistance to these regulations. As a result, large quantities of fish are brought to shore. But the latter is obviously not the intention of the new law. The law is a “stick behind the door” – an encouragement the fishing sector to fish much more selectively. Is it perfect? Absolutely not, but it is an important measure that at least does something about this long-lasting misconduct. 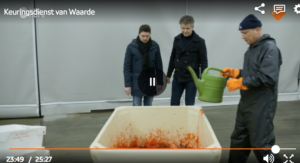 There are already many possibilities available to fish more selectively. But often the public is confronted with the idea  these solutions have too great economic consequences for the fishing industry. On a Dutch TV programme broadcast on Channel 3 on February 8th,  a fisherman said that when he takes measures that reduce bycatch by 40%, he also catches 12% less of the fish makes his fishery profitable. Here the discussion goes dead, whereas this is where  it should start. The Dutch government (and all EU governments) must take responsibility for good fisheries management, and excessive economic consequences must be resolved. That space for debate can be taken right now, because the position of the fishermen in the Netherlands is not so distressing. Not only is the plaice stock at a higher level than ever, the financial situation of the Dutch demersal trawler fleet was also at a historic high in 2016, with the best results in 50 years.