Home > news > Dutch Fishers Protest Against Their Own Practices 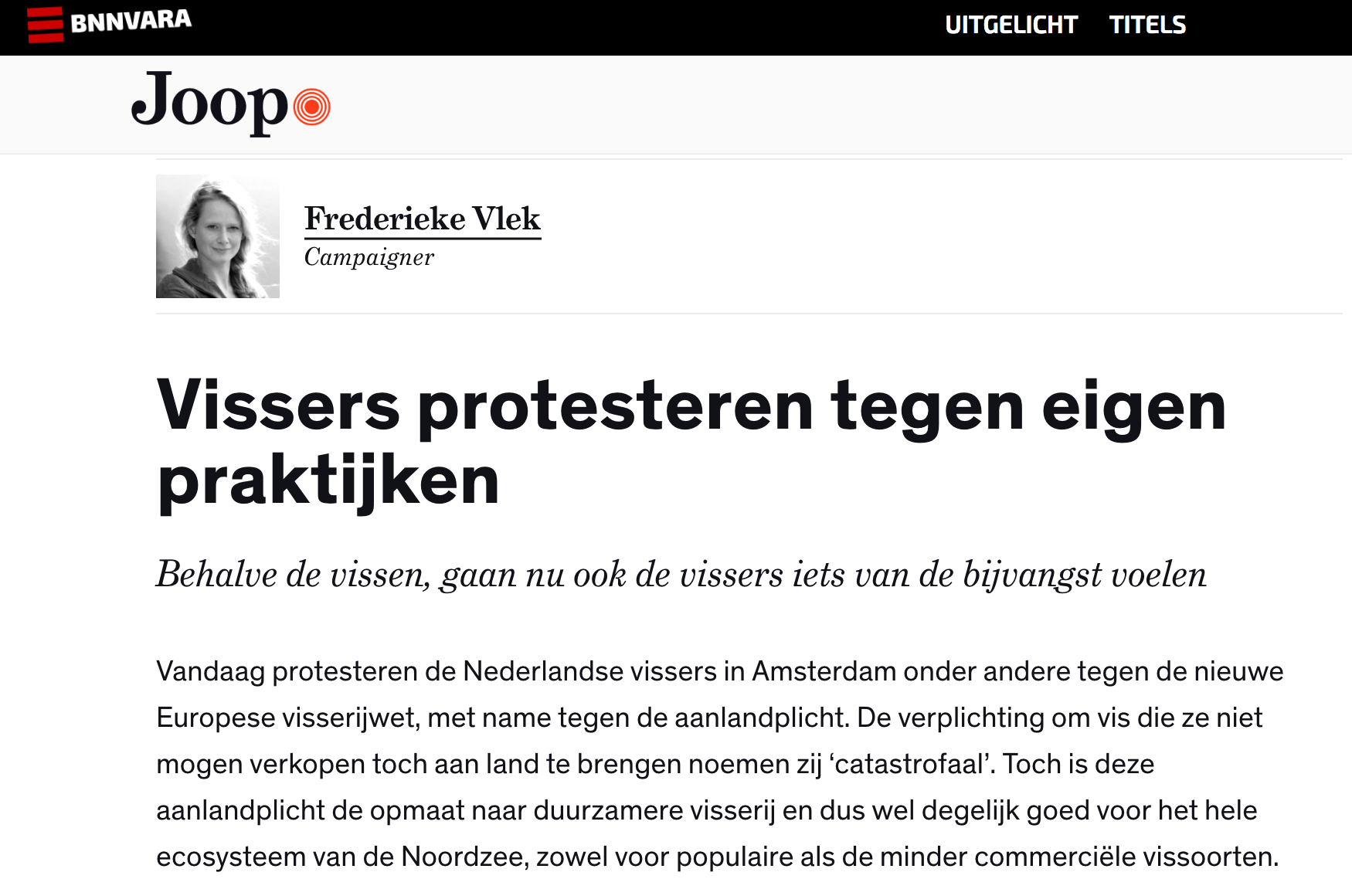 First published in Dutch, on joop.nl

On June 2nd, Dutch fishermen protested in  Amsterdam against, amongst other things, the new European fishing laws, in particular the ‘landing obligation’ – and  they refer to the obligation to land fish that they are not allowed to sell as ‘catastrophic’. Nevertheless, this landing obligation is the prelude to more sustainable fishing and is therefore certainly good for the whole ecosystem of the North Sea, both for popular and less commercial fish species. 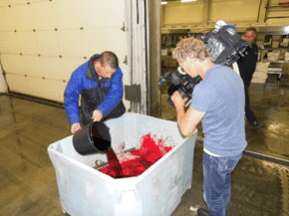 While fishermen are used to discarding too young (undersized) bycatch, they now have to land them and largely destroy them. Fishermen emphasize in their protests that they do so against their will. Their protest is strongly emphasized with dramatic photographs, showing how young fish unfit for consumption are destroyed using red dye, cleverly framing the the landing obligation  as a unworkable set of rules from Brussels.

But in the long term, more young fish swimming alive in the sea means more fish for the fishermen. This law will ensure that young fish remain in the sea. It will encourage fishermen to fish more sustainably and selectively. That is badly needed, because in the decades before the new law, there was a massive waste of fish  through bycatch. In 2011, 1.7 million tons of fish were thrown overboard in Europe, which was 23 percent of all catches. In the Dutch fisheries this amount was 57 million kilos of bycatch, of which the lion’s share (47 million) was caught by Dutch demersal trawlers. To put an end to this wasteful practice, the EU came up with the landing obligation. 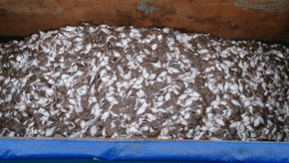 With slogans like ‘give baby fish a chance’, the fishermen actually protest against their own current practices. There is no significant difference in fish mortality, whether you throw the by-catch overboard or land it. Most fish simply do not survive the return from the fishing net (on-board-back-in-sea); usually around 10 percent of the catch and for a few species up to 30 percent. The big difference that the landing obligation makes is that the waste on the land becomes visible and measurable, and the quotas must be added up. And that goes, of course, at the expense of the amount of saleable fish. Normally the fish is the victim in bycatch, but now the fisherman is feeling a loss also.

Thirty per cent of all commercial and non-commercial species in the North Sea are known to be overfished, and for three quarters of these species, the state of the fishery can not be scientifically determined at all. EU scientists recently reported [1] that the recovery of fish stocks to a healthy level is also slowing down in the North Sea.

More selective fishing for flatfish is the answer. The landing obligation is a nice step-by-step approach, because it requires more selective fishing and at the same time protects other vulnerable by-catch species such as sea bass and turbot. Wherever the law was introduced, such as Alaska, Canada, New Zealand, the Faroe Islands, Norway and Iceland, fishing is now done differently and fewer fish are being wasted. A strong backbone of the Dutch government will be an important factor in the coming years, which can make the landing obligation a success for the North Sea.