Home > news > Are the EU and Norway overfishing in the public interest? 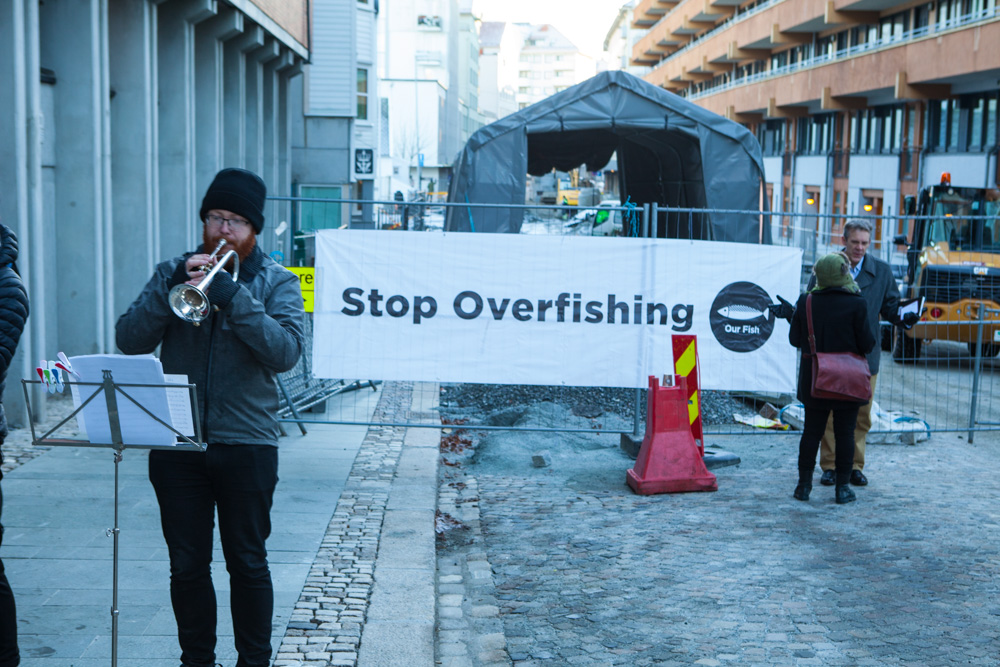 Every year the EU and Norway meet to discuss how much fish they can catch in each others waters. There is sound scientific advice about how much this should be, yet every year the two parties decide to ignore the scientists, by fishing more than is advised. This is overfishing. Carrying on like this makes it difficult for the EU to reach its own target of ending overfishing by 2020 especially give the “shared stocks”, account for a lot of fish. For some EU member states like Germany and Netherlands, the shared stocks  account for some of their most important fish stocks.

Our Fish is committed to supporting the EU in in meeting its promise to end overfishing. So, in 2018, we realised we needed to pay close attention to  these Norway discussions (the EU & Norway are adamant they are not negotiations). Consultations start during the year, and end in a meeting, typically held in Bergen on the Norwegian coast for a week in November (cold & expensive). So how should we participate; could we join those consultations or just walk into the meeting room?

We’re not letting it rest there though. We wrote to the European Commission under Freedom of Information rules, to ask for the correspondence between them about our request. And here is the Commission’s response. Basically they said, the information included, “personal data”. And personal data can only be shared for a specific purpose in the public interest.

So what do you think? How should we respond? We, you – all of us, we are the European public. Is it not in our interests to know why civil society is denied access to deliberations which result in the over-exploitation of a publicly owned resource i.e. overfishing of fish stocks? Contact us, and let us know your thoughts and ideas, via email, or reply to us on this Twitter post or here on Facebook.

Rebecca Hubbard is Program Director of Our Fish