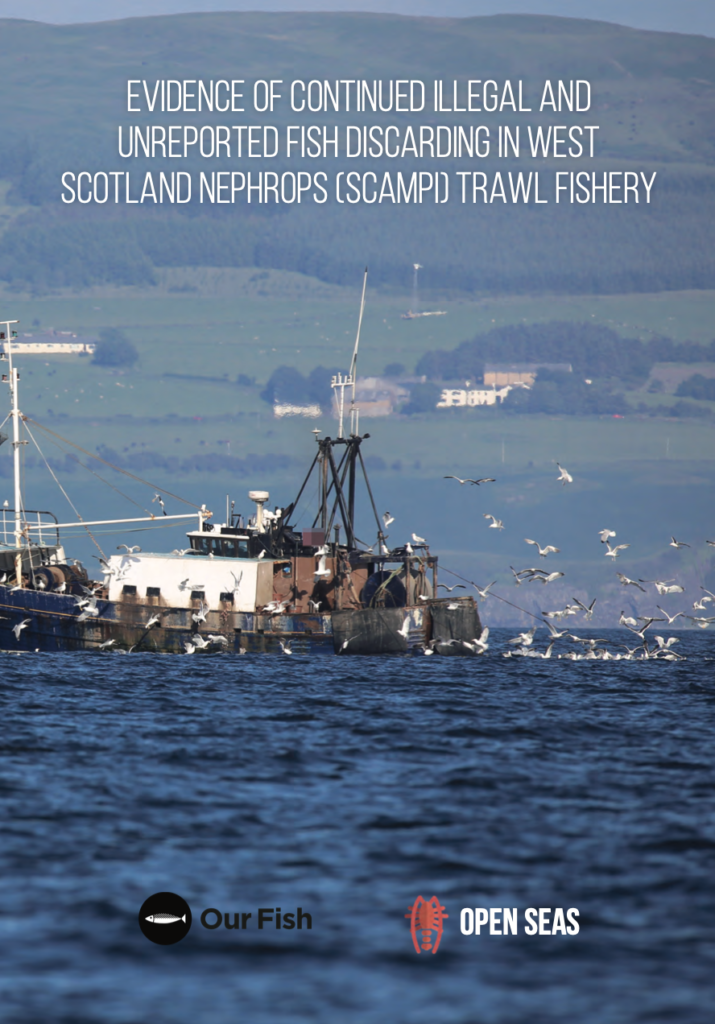 In 2013 the ‘discard ban’ or Landing Obligation was agreed to reduce and record the amount of fish killed as ‘unwanted catches’ in our fisheries, specifically to end seafood waste at-sea and reduce the amount of unintended fish mortality caused to populations of fish caught as bycatch.

On the West Coast of Scotland, these populations include cod, whiting and haddock, all of which are at depleted levels in this area. Cod stocks have essentially collapsed.

The discard ban was phased in between 2015 and 2019 to allow fisheries and businesses time to adapt. However, a 2018 House of Lords investigation found “no evidence that fishers have been complying with it”, and further that “little attempt appears to have been made to enforce the landing obligation’s requirements thus far”.

Due to the depletion of fish stocks and consolidation of quota, the west coast fisheries now target Nephrops, sold as scampi or sometimes langoustine. Bottom trawls with relatively small net mesh sizes are deployed to catch these and result in high amounts of bycatch – though this is temporally and spatially variable.

There are few exemptions from the discard ban on the west coast of Scotland meaning that we would expect most fish caught to be landed. This report investigates landings data and photographic evidence submitted to the authors.

This report concludes that fish continue being discarded by Nephrops trawlers operating on the West coast of Scotland. This is not only illegal based on the Landing Obligation; it also means the overall catch is being unreported, and the stocks of these species are being overfished and prevented from recovering.

In 2019 a ‘discard quota’ was made available to assist those Nephrops trawlers inadvertently catching these species by allowing them to land the catch and continue to fish. However, it appears that this has not been distributed effectively or used in a way to help these high bycatch fisheries. Discarding is continuing and instead landings of these stocks have been made to the ports used by the demersal offshore fleet, by perhaps using the discard quota.

Many groups have considered this issue before us and have concluded areas of high bycatch must be avoided, and robust vessel monitoring is required. We support these calls.

Government and the seafood industry appear to understand that illegal and unreported discarding is continuing but are failing to stop it. We advocate for a spatial plan for better bycatch avoidance and shall continue to call out those profiting from this damaging and regressive practice until it is resolved.