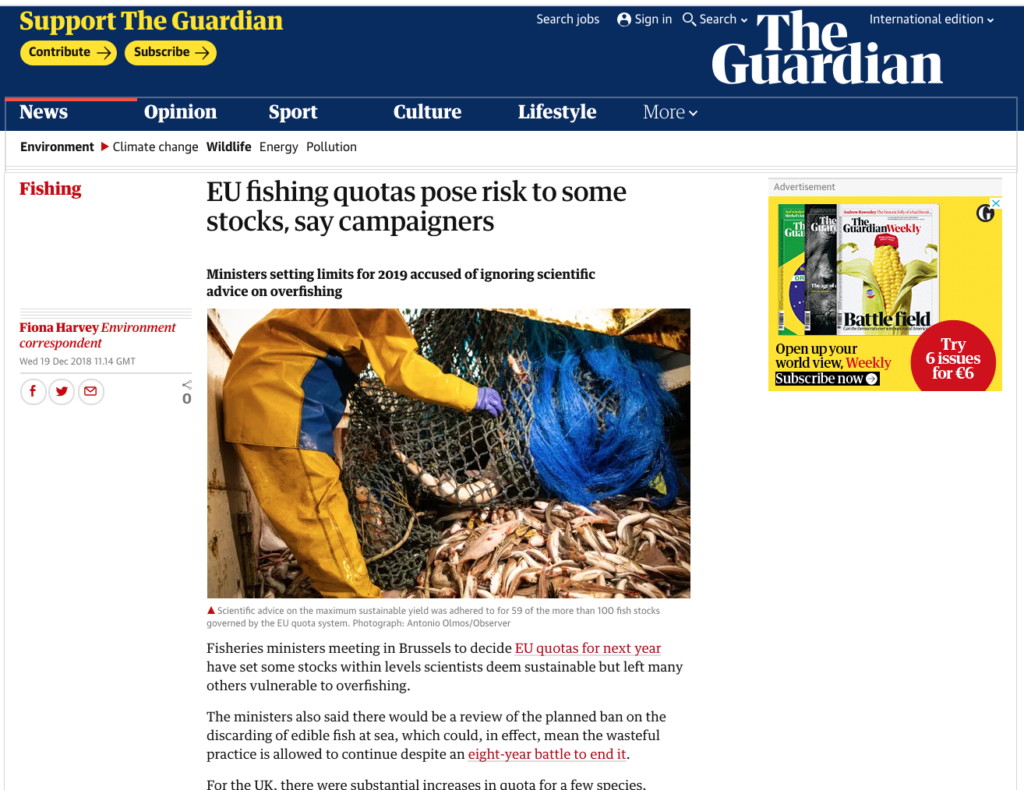 Fisheries ministers meeting in Brussels to decide EU quotas for next year have set some stocks within levels scientists deem sustainable but left many others vulnerable to overfishing.

The ministers also said there would be a review of the planned ban on the discarding of edible fish at sea, which could, in effect, mean the wasteful practice is allowed to continue despite an eight-year battle to end it.

Rebecca Hubbard, the programme director at Our Fish, a campaigning organisation, said: “This should have been the year in which fishing quotas finally followed scientific advice, and EU fisheries ministers made history by ending overfishing in EU waters.

“Instead, we saw another absurd all-night meeting behind closed doors, where ministers haggled over fishing quotas like kids trading football cards. By choosing to set fishing limits above scientific advice for many stocks, they have ignored European citizens and all of the evidence that shows ending overfishing will deliver healthy fish stocks, more jobs and security for coastal communities.”

The discard ban would also not live up to the promises made by the European commission over the past eight years, Hubbard said. “Fisheries ministers have been procrastinating and seeking exemptions to the ban on discards, including avoiding effective monitoring and control. As a result, widespread discarding is likely to continue in 2019,” she said.

“This is not only a waste of a valuable public resource, it is a waste of the public’s trust in decision-makers to deliver on their commitments. Ministers could have put this right today, by at least requiring cameras on boats with a higher risk of discards – it is what they are doing in North America and Australia – but they have kept their heads in the sand with less than 2% monitoring at sea instead.”