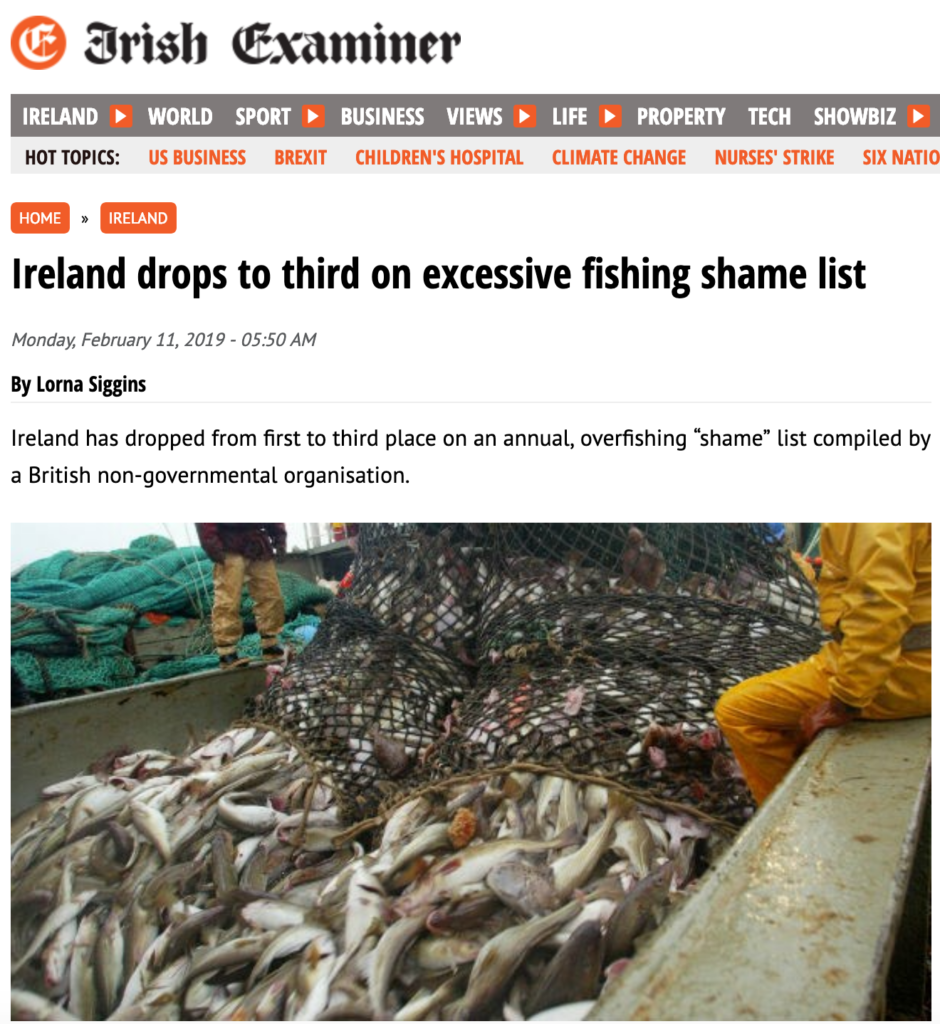 Sweden tops the league table drawn up by the New Economics Foundation (NEF), with 52.4% of its north-east Atlantic quota secured outside scientific advice, while Britain is second, at 24.3%, and Ireland third, at 21.7%.

The report by the London charity, which is funded by trusts and foundations, predicts that the EU will not reach its 2020 target of sustainably caught fish while EU ministers continue to lobby for quotas beyond limits urged by scientists.

The foundation has joined with the EU-based Our Fish environmental campaign to call for more transparency in decision-making by EU fisheries ministers.

Despite “repeated requests from civil society”, the annual fish quota-setting EU council in December is “not open to the public or live-streamed”, the two NGOs state.

“This lack of transparency makes it difficult to say who is most responsible for perpetuating overfishing,” they state, and “the results clearly demonstrate who benefits most”.

“Analysis shows that from 2001 to 2018, two-thirds of EU fishing limits have been continuously set above scientific advice,” said Our Fish programme director, Rebecca Hubbard.

“Instead of making serious progress to ending overfishing by the 2020 deadline, EU ministers actually increased the level of overfishing of north-east Atlantic fish stocks for 2019 by almost 10%, on average, above 2018 levels.”