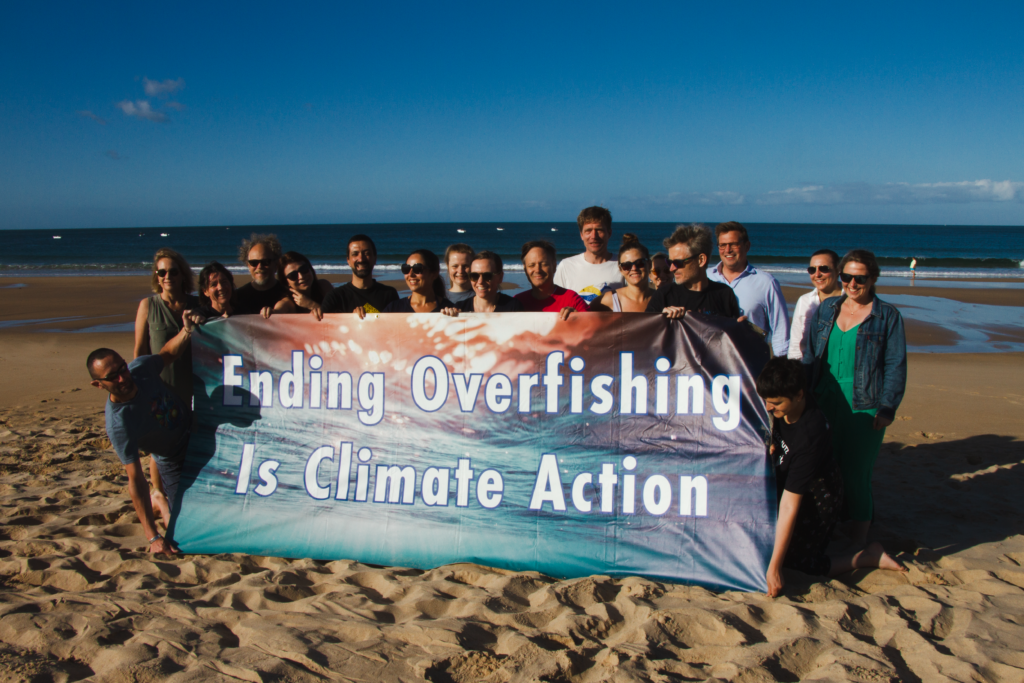 Brussels, 13 December 2022: Today, after a marathon meeting that ran all through the night, EU fisheries ministers have reached an agreement on the fishing opportunities for 2023. Although EU Member States have been legally obliged to set all fishing limits at sustainable levels since 2020, they have again failed to do so for some of the most vulnerable fish stocks.

“Ministers pay lip service to sustainability but, behind closed doors, they again choose short-term profitability over long-term wellbeing of the people and our planet” says Hélène Buchholzer, Fisheries Policy Officer at Seas At Risk. “Ministers’ systematic failure in setting sustainable fishing quotas for the most vulnerable species is alarming, as it erodes the ocean ecosystems we all depend upon.”

The reluctance to take decisive measures is particularly notable for the critically endangered European eel. Despite the need for protection, it continues to be fished across most of its natural range. The scientific advice for 2023 is zero catches in all habitats for all life stages, including glass eel for restocking and aquaculture. Yet, parallel to efforts to protect biodiversity in Montreal, Member States were fighting proposed restrictions on their eel fisheries.

“The scientific advice is very clear – no fishing for eel can be considered sustainable. Instead, we need to do everything we can to stop all mortality of this critically endangered species and restore lost habitats.” says Niki Sporrong at the Fisheries Secretariat. “The Commission put forward a clear proposal to protect the peak migration in EU waters. After member states pushed back all night, the effectiveness of the complex agreement now announced is difficult to assess and leaves many potential loopholes. Overall, it is not the deal for eel we were hoping for.”

Fisheries Ministers also discussed fisheries for vulnerable deep-sea fish, these are species all grow slow and mature late, making them particularly vulnerable to overfishing. The scientific advice for many of them is that all fishing should stop or be greatly reduced.  Although these quotas officially are set jointly with the UK the bulk of the fishery is done by EU countries (France, Spain, Portugal, Ireland and Denmark).

“Sadly the EU member states weren’t able to turn a page on deep-sea conservation and decided to once again go over the scientific advice for several stocks. This flagrant disregard of the precautionary principle threatens not only the deep-sea stocks and ecosystems, but also the communities that still depend on them.” said Gonçalo Carvalho, Executive Coordinator of Sciaena.

Since Brexit came into force 3 years ago the fishing quota negotiations have become a complex process of interlinked, closed door meetings. This opaque process makes public scrutiny of choices made increasingly hard, and although the negotiation outcomes should be based on scientific advice on sustainable catch limits this is quite often ignored.

Early next year the European Commission is expected to finally publish its long awaited review on the implementation of the Common Fisheries Policy as well as an ‘Action plan to conserve fisheries resources and protect marine ecosystems’. Both will be crucial milestones in the implementation of the European Green Deal and Biodiversity Strategy for 2030 and today’s decisions should thus also be seen as a benchmark for the future ambition.

“While scientists warn that fisheries need specific conservation rebuilding plans in the face of escalating climate change impacts, EU fisheries ministers refuse to acknowledge that more precautionary fisheries management will also deliver much-needed benefits and resilience to fish, ecosystem and fishers,” says Rebecca Hubbard from Our Fish. “This is a particularly stark contrast between science and politics while the UN Convention on Biological Diversity is underway in Montreal, and demonstrates the EU is still into talking big, but not acting on climate or biodiversity.”