Home > news > Blog: Walk as if the earth feels pain 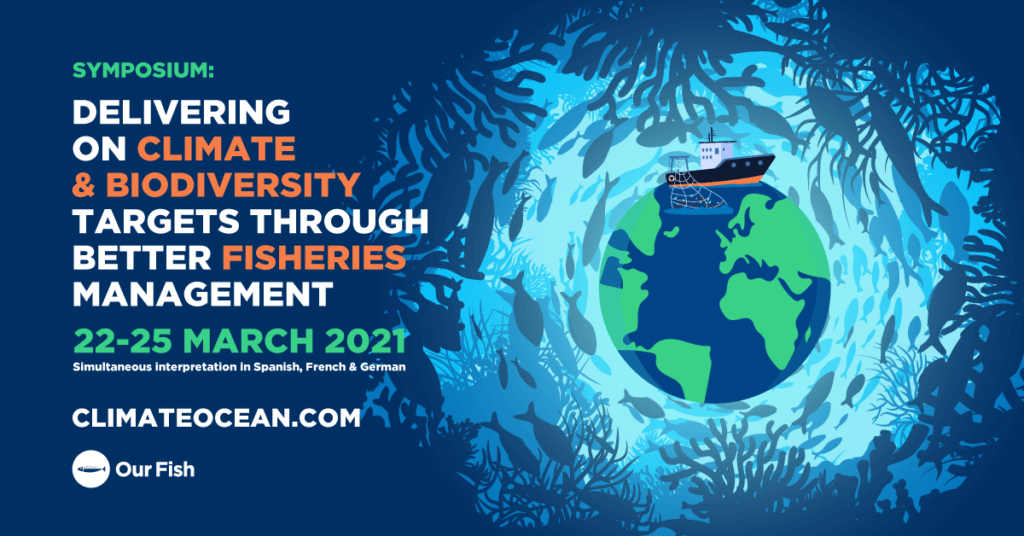 UN Secretary General António Guterres recently stated “humanity is waging war on nature. This is suicidal.” Not only is he absolutely correct, but humanity is, so far, “winning” this war. In 2003 it was estimated that we had caught, killed and eaten 90 percent of big fish (tuna, swordfish, sharks etc.), over the course of the previous 150 years. Two decades later, this study is even more frightening, given that there has not been any significant reversal in this trend.

Set against this background, Our Fish recently hosted a virtual symposium Delivering on Climate & Biodiversity Targets Through Better Fisheries Management. Over the course of four days, the symposium explored and revealed the extent to which improving fisheries management is an opportunity for delivering decisive climate action. We brought together the speakers and participants to explore the connections between fishing, ocean biodiversity and climate change; how fisheries management must not be about decisions on how much fish to kill, but also about how we can harness the power of the ocean to mitigate the effects of climate change, and what are the policy tools for doing that.

The first two days of the symposium was comprised of scientific presentations, the third featured a workshop for policy-makers, while the final day invited participants to a fire-side chat with leading decision-makers, including the European Commissioner for Environment, Oceans and Fisheries, Virginijus Sinkevičius and leading member of the European Parliament, Ska Keller.

As the destruction and ramifications wrought by our “war on nature” becomes more painful and widespread across the planet, politicians are making commitments to concerned citizens that they will deliver climate action and reverse biodiversity loss by 2030. But are these commitments far reaching enough? Will their political promises be followed by political action?

Two meetings taking place later this year, the climate COP (COP 26) in Glasgow, and the biodiversity COP in Kunming, will test the extent of those commitments. These meetings must mark the moment we seek peace with nature, and describe what our transformative change will be.

The symposium heard how by ending overfishing and rebuilding fish stocks, we can reduce the negative effects of climate change on communities and the marine ecosystem. For example, fishing within safe limits will increase the resilience of fish populations to the negative effects of anthropogenic warming. And about how European waters are both the most fished and have the highest value as carbon sinks, in the world, and are dominated by small pelagic fish.

The European Commission’s Biodiversity Strategy, published in May 2020, includes a commitment to delivering “a new action plan to conserve fisheries resources and protect marine ecosystems” by 2021”. Key to this plan’s success will be the degree to which it is a credible “plan”. If 2030 is the target for a transformation of our relationship with nature, then we need to plan now for how we actually arrive there. Too often political ambition is limited by mandates and elections and blinkered by short-sightedness; we need to go beyond this, by starting in 2030 and planning backwards.

The symposium explored what could be in a checklist for fisheries management decisions to deliver on climate action and biodiversity. This checklist, along with other papers presented during the workshop will be published in Frontiers in Marine Science in the coming months. It will also serve to support the identification of milestones along the way to 2030.

In the closing event, Dr. Rashid Sumaila, who led our symposium, told us that his grandfather used to tell him and his siblings, “walk as if the Earth feels pain”. In the coming months, he, along with the other symposium scientists, will outline for us how we can tread lightly on and in the ocean to avoid inflicting further pain, and reach our 2030 targets. Join us to ensure that the European Commission and EU countries deliver on their commitments to transform our relationship with nature by 2030. save.our.fish.

Rebecca Hubbard is the Program Director of Our Fish